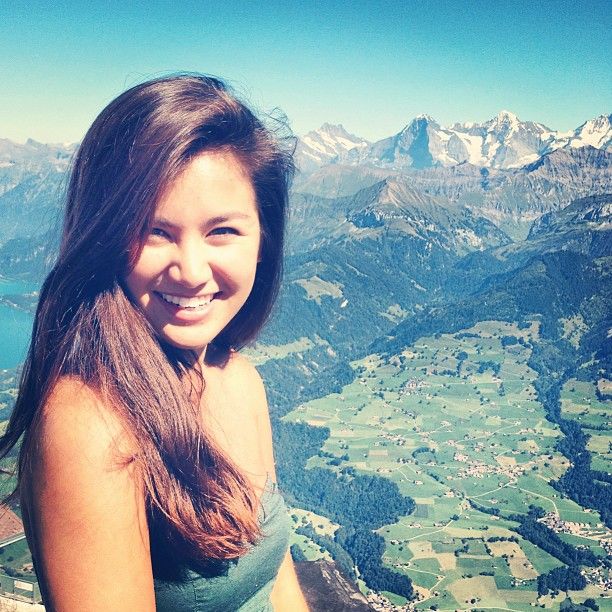 Before the landing gears touch down and the limos land we get a few glimpses of some of the amazing ladies that Bachelor Ben Higgins will have to choose from and one of those women is 23-year-old Software Sales Rep from Boston, Massachusetts Caila Quinn.

Caila drops a bit of a bombshell in her intro video claiming that she broke up with her boyfriend when she saw Ben get out of the limo on Kaitlyn’s season of the Bachelorette.

In fact she claimed, “my last boyfriend, we met on a plane, and then two weeks later we ran into each other in the city,”………. “I thought it was fate but a year later I found myself wondering if he’s really the one.”

So is that true?

Well….this one is a situation for sure! It is true….sort of…except that she did not dump the boyfriend when she saw Ben get out of the limo, she dumped her boyfriend AFTER that — after Kaitlyn’s season ended.

An insider told us,

“She dated a guy exclusively for over a year, broke up with him in July, and now has popped up on the Bachelor.”

The insider went on to say….

“The couple dated over a year and attended a family wedding together in July so she must have been going through the whole Bachelor process while she was still dating the guy…….she’s tried modeling and that didn’t work out so now she’ll get her 15 minutes of fame in January when the show airs so she’ll be happy. I’ve attended several parties where the couple was there and she’s all about herself.”

So, yeah, she did break up with someone to go on The Bachelor and it sounds like he was quite surprised and not too happy.

The information brings up some interesting questions. Since they were still dating in July, the casting process must have happened very quickly.

The real question is, is Caila doing The Bachelor for the right reasons or does she have another agenda?

UPDATE 01/11/2016: So a few of the media sites are claiming or suggesting the boyfriend Caila Quinn dumped is Ricky Knapp of Boston. First of all, WetPaint is sinking to new levels of low.

The only info they and the other sites know about Caila’s ex is what she told Bachelor cameras…she dumped him allegedly when she saw Ben. So they took that and ran with it and grabbed a bunch of photos of Caila with a guy named Ricky Knapp they found on social media and claimed that this was the ex boyfriend she dumped.

No it is not. I can say with absolute certainty Ricky is NOT the guy she dumped to be on The Bachelor. Her and Ricky have known one another for a VERY long time. They did not recently meet on a plane.

So beware of the click bait from these sites who are just trying to write a story around the search terms they know you are searching for when they have no story at all.