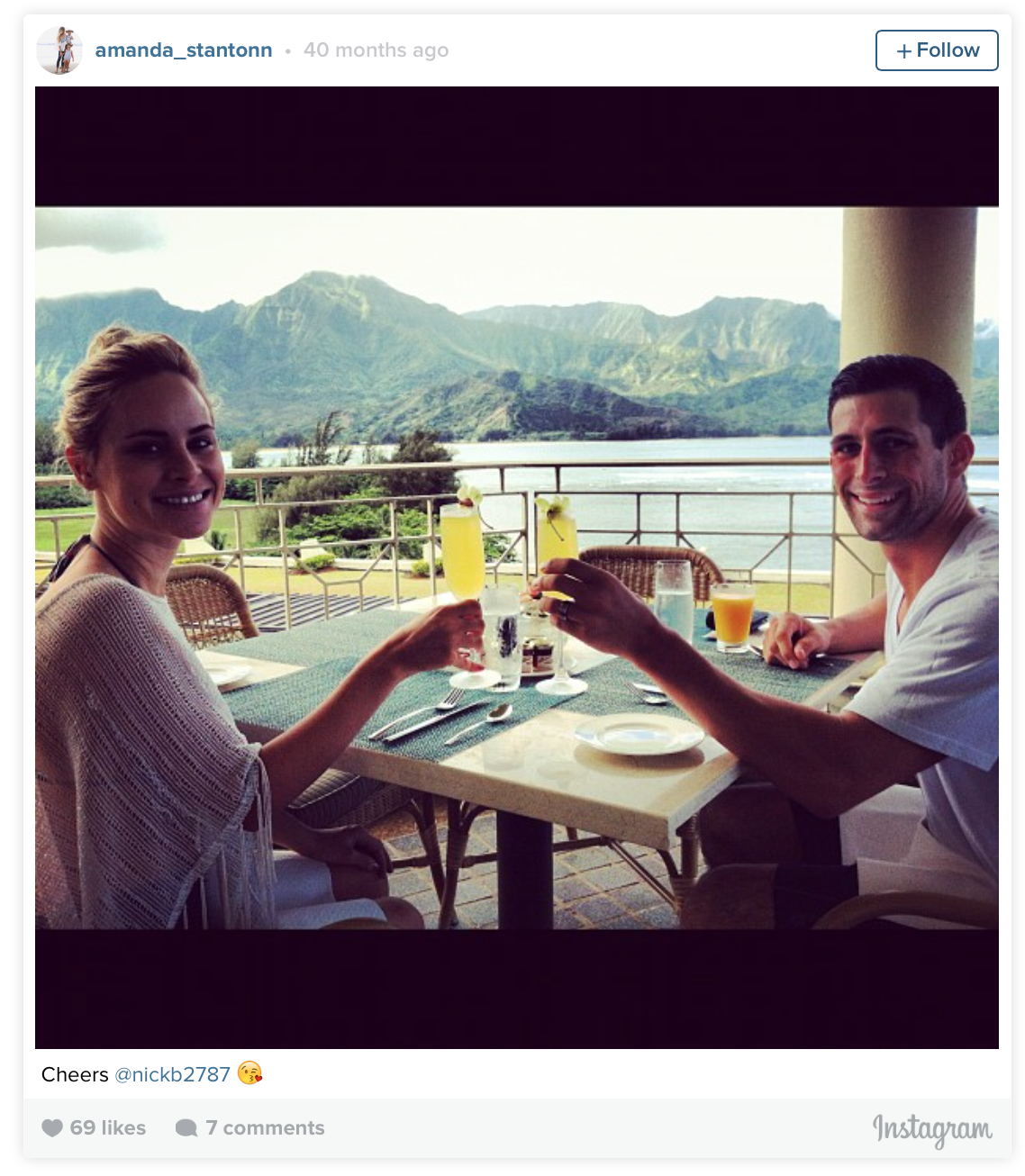 You knew this was going to get ugly after Amanda Stanton told Bachelor Ben Higgins about her failed marriage to ex husband 28-year-old Orange County Register salesman Nick Buonfiglio on Monday night. The details were painful since Nick had been constantly cheating on her during their short two year marriage.

So I am guessing Nick has seen what we have written about him since we posted the shocking and very incriminating Tinder profile Nick had up while the two were married where he cropped Amanda out of a photo of the two of them and their daughter and called himself a “single dad”.

Well he is now trying to do damage control, but in my opinion that ad is the smoking gun and confirms Amanda was not exaggerating about how badly Nick treated her. Anyhow he has taken to Facebook to make an official statement.

“Ok, so I have done my absolute best to keep quiet to all these so called ‘critics’ about my life, me as a father, and my failed marriage. First off, I never asked to be put in the spotlight, I was thrown into it. For people whom I do not know, and have no idea about my life, my kids, or even much about Amanda, to comment the horrible things they have said to me, is baffling. I will set the record straight right now. Yes, I made mistakes in my marriage, I was not a perfect person, but who is? I have grown a lot from my past, and believe if you can learn from your mistakes you’ll be better than you use to be. I did not cheat on Amanda, did I lie, sure, did I emotionally cheat, yes.”

Again the Tinder profile says “Single loving father of two beautiful girls. I am not looking for a one night fling, or for a serious relationship at this point. Just looking to meet someone outgoing, adventurous, and caring. Big believe in that everything happens for a reason. God is a big part of my life.”

Obviously Nick was feeling like a solid “Godly” man at that point, yet blatantly lying about being a single dad. I mean AT LEAST choose a picture without your wife in it for your Tinder profile for the love of God!

Normally I would be slow to make accusations and I was slow to publish the Tinder profile, but even if his marriage wasn’t working out, there were better ways to handle this.

And yeah I get that you didn’t ask for all of this attention, but when you take it to this level of douche-baggery you are asking for it. You are just lucky she didn’t out you on Dontdatehimgirl.com.

Nick now pays Amanda $2,000 a month in child support for their two daughters, Kingsley and Charlie and lives at home in San Clemente with his mom and dad. The divorce was officially finalized in June of last year after separating in December of 2014. The two share custody of their daughters.

If you want to respond to the evidence Nick send us an email.