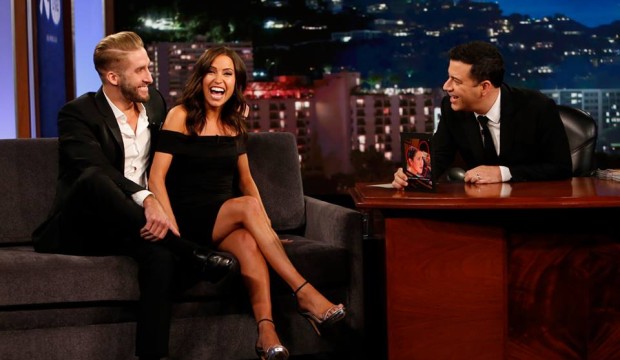 Bachelorette contestant JJ Lane does not pull any punches when talking about his Bachelorette co-stars. And now he is even lashing out at the Bachelorette herself, 29-year-old Kaitlyn Bristowe claiming that her relationship with winner/fiancee Shawn Booth, 28 is a ‘sham’.

In an InTouch interview JJ said, ”They have a business relationship. Shawn is only sticking with her for the money.”

But Kaitlyn is not sitting quietly and taking the allegations. She took to Twitter (where all situations are handled) to blast her former suitor.

“He needs to put on a pink shirt, remember he has a daughter, and try for ONE day to be kind,” ……”Shame on him.”

Kaitlin then accused one of the Twitter responders of being a fake account created by JJ. “Addie Sanders” tweeted to Kaitlyn, “Of course they’re in it only for the money. Snapchatting every moment, desperate to stay in the spotlight.”

Kaitlyn responded, “I love that I have enough power over your emotions for you to make a fake account to ‘insult’ me.”

I think the real underlying issue here is that Kaitlyn came between JJ and his boyfriend Clint Arlis. She sent Clint away early in the process prompting JJ to breakdown in tears.