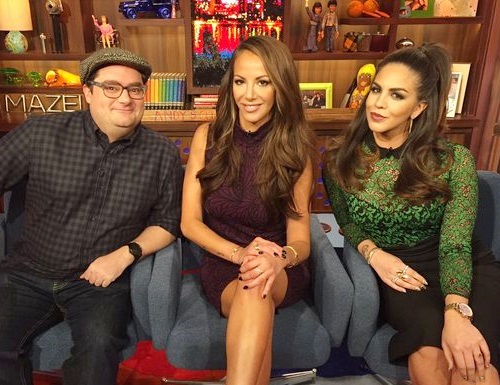 To say that 33-year-old online T-shirt mogul / Vanderpump Rules star Kristen Doute has impulse control problems would be the understatement of the 21st century. It would be like saying Jax Taylor has problems being faithful.

Anyhow, lucky for viewers of the hit Bravo show Kristen never seems to learn her lesson despite copious amounts of therapy and muay thai training.

She also claimed it was  ‘a huge mistake’.

Kristen rationalizes the impulsive sex-capade with James by saying she had only known new boyfriend Brian for ‘like a week and a half’ at that point.

Then Andy asks who was better in bed, Jax Taylor or James Kennedy?–as if she would choose either one.

Kristen also apparently had sex with ex James on the hood of a Bentley. Lisa Vanderpump offers a brilliant comment on that situation in her Bravo blog saying,