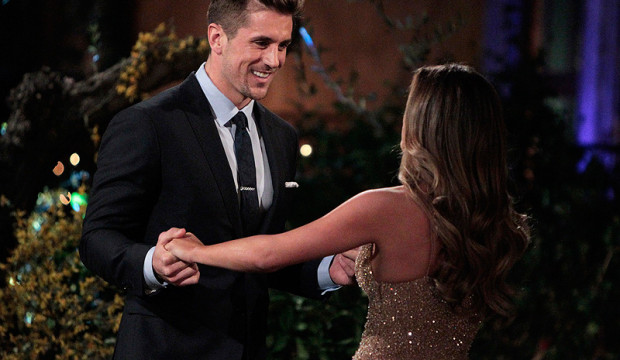 So I have a conspiracy theory on 1st impression rose winner Jordan Rodgers and Bachelorette Jojo Fletcher.

It’s kind of a big one so get ready and it’s not really a spoiler. I don’t like to spoil who wins the show, but I will spoil things like if guys have girlfriends at home, etc (because that usually doesn’t come out on the show anyway and it’s important for context).

Anyhow it was clear on the premiere that Jojo was super into Jordan. And Reality Steve claims that Jojo and Jordan were actually talking before the show began, and Jojo’s ex Chad Rookstool, revealed that he and Jojo got back together as soon as she got back home from filming Ben’s season. We also know that ABC had Caila Quinn all ready to go for The Bachelorette and changed their mind at the last minute.

So with all of that as the background, my theory is this:

That ABC wanted Jojo from the get go, but she said no because she was back together with Chad. They tried really hard to convince her, but she turned it down so they chose Caila as their plan B.

But realizing that Caila’s season would not be nearly as successful as Jojo’s since Caila and Ben never had a real connection, they found super hot Jordan. They got Jordan to start communicating with her–he’s a Honey-Pot of sorts.

Jordan’s brother Luke’s girlfriend Lindsay Davis is friends with JoJo’s cousin which could suggest that was how ABC found Jordan for the show. (Seems like there are 3 degrees of separation between everyone and Jojo!)

So Jordan starts flirting with her somehow saying things like “are you sure you won’t reconsider? I was really hoping The Bachelorette was going to be you and I don’t think I will do the show if it’s Caila.”

So finally after all the flattery from the hot NFL quarterback she caves and calls producers (of course she has no idea producers put him up to this).

The two continue flirting. This is important because ABC has to make sure she has a romantic connection with someone and that’s going to be tough considering she just dumped Chad and gave up the chance to marry him.

In this conspiracy theory Jordan has no intentions of getting engaged or in to a monogamous relationship, by the way. He has been promised by producers that fans will love him and will want him to be The Bachelor.

So this is why Jordan is behind the scenes shamelessly telling friends that he is not “in it to win it” and wants to be eliminated close to the end—because he feels this was the deal when he signed on.

It’s also why Chad Rookstool was so livid when Jojo accepted the offer to lead the show and ran to the tabloids to essentially ‘tell on her’.

The other important detail is that Jordan’s famous brother and his girlfriend Aaron Rodgers and Olivia Munn are not speaking to Jordan suggesting that they are disgusted by something he is doing or has done. They are, interestingly, speaking to his ex girlfriend Brittany however. I don’t know. I also don’t know who wins. I have tried very hard to avoid that spoiler. Although Im sure I will see it in the next day or two.

Anyhow, let’s see if any details come out during the season to support this theory.