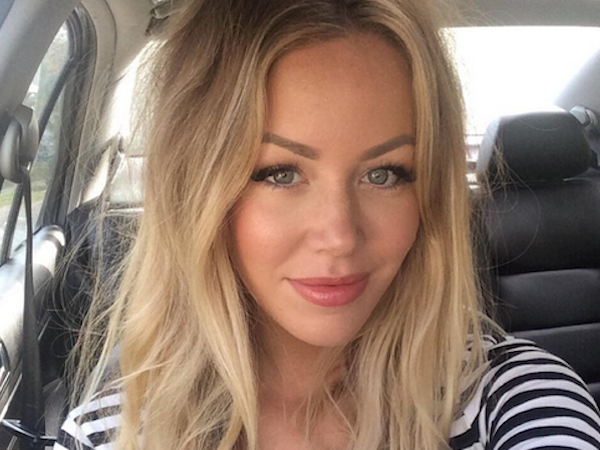 We fell in love with the Canadian Bachelor franchise in 2012 when they chose Brad Smith to lead the fledgling season. Brad was, I dare say, better than any Bachelor produced by the US.

Anyway it was clear that Canada was taking this job very seriously unlike some countries (Australia A-hem). Anyhow, Canada is rather famous for taking their time to find their leads so it’s exciting that they have finally chosen a Bachelorette!

And I can’t believe they are getting so much flack because she’s a white chic. I think that is so lame (Huffington Post take a chill pill). I mean Jeezus! It’s hard enough being pressed with the challenge of finding anyone who can lead the show. Producers should not be confined to any specific ethnicity or race. They are just looking at the applicants and trying to pick the best fit.

Anyhow, that said Jasmine is absolutely stunning! She lives in Pemberton, B.C., but is originally from Kenora, Ontario.

The 5’3” blonde-haired, blue-eyed Stylist/model will lead the inaugural season which airs in September.

So what do we know about her?

She has been doing hair for the last 8 years but also has established herself as quite a successful model.

It looks like she works with CHIVE—which is where ex-Playboy model and Bachelor star Jade Roper comes from. Additionally Vanderpump Rules star Carmen Dickman comes from CHIVE….and Canada!

Recently she made a cameo appearance in the ‘Where You Want Me‘ music video by King And Cash.

There is an interesting interview with her in JustBreezies.com that gives us a little bit of insight where she claims among other things if she was not involved in Hair or modeling she would “be organizing travel tours and somehow making a living from it….Or a film/video/photo editor…Or a writer.”

As far as her biggest turn-on in a potential mate? Intellect.

Here are a few of the other questions…

“What is the first thing about a guy that draws your interest?
It would have to be the way he interacts with me. Small talk doesn’t do it for me. Sometimes it’s necessary in certain situations, but if a guy can jump into a conversation that branches out from the regular “what do you do?” “How was your day?” “Oh ya that’s cool,” “I have a nice view from my apartment,” I’d be glad.

Can you cook? What is your specialty?
I can cook and I like to cook. …..My specialty is my guacamole (not a James Barber recipe).

Who is your favorite artist/band at the moment? All time?
My favourite artist at the moment was actually just recently recommended to me. His name is Leon Bridges…..”

What is the most exciting place you have traveled to?
It would probably be Bolivia. We went on some wild excursions in the Andes, camped out in a tree house in the Amazon and shopped at the witch markets in La Paz. It was just a whole different world and the least touristy place that I’ve been to, which I really liked. You really felt the culture shock in the best way possible.

If you were to have a movie based on your life, which actor would you hand pick to play the role of you?
I would choose Rachel McAdams to play my role. People think we look similar, she seems nice and she’s Canadian.”

So that’s about all I could unearth for the moment being. We look forward to learning much more about Canada’s first Bachelorette!