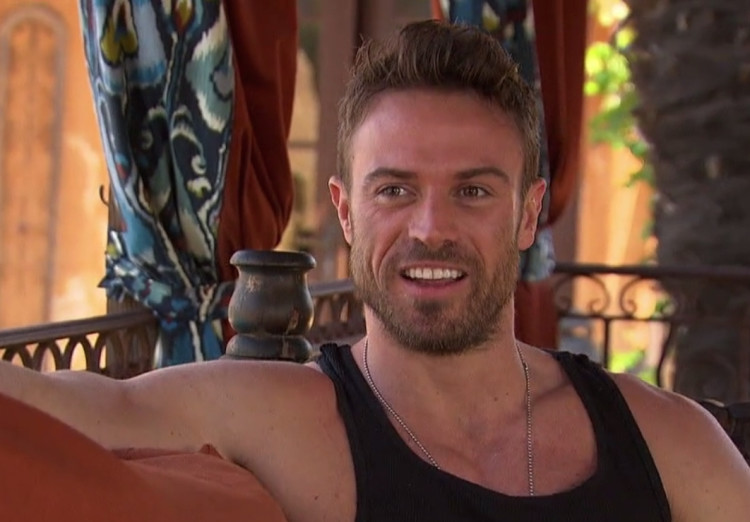 In one of the strangest twists in Bachelor/Bachelorette history Bachelorette villain Chad Johnson is coincidentally dating the ex girlfriend that Robby Hayes dumped to be on the show!!!

Maybe Hope does not own a television?…or have access to the inter webs?

Yep, unless these two are playing a sick joke on America, this is fo’ real.

Chad officially broke the news to America Monday Night on Jimmy Kimmel Live! But just before he posted pics of himself and Hope getting cozy on Instagram.

Chad explained to Jimmy, “We were traveling and we just happened to see each other and things went from there,” he said. “It started off as were friends, we were just kind of making jokes about it, but we… I don’t know. I don’t want to make any judgements or say where it’s going to go.”

“While traveling this weekend, our paths crossed and I finally had the opportunity to meet Hope Higginbotham in person. Let me just say, she is even more beautiful in person! A great girl like her deserves so much better than someone who lies, cheats, and ends a four year long relationship in order to pursue fame on a tv show. You’re amazing, I miss you already. “Jubilee1991 Ok, I guess I’ll be that person. Chad, you are savage, we get that, we love that, I’m here for that, and this post has Chad bear all over it, cool. But the girl…she should know better.

We’re supposed to feel bad for her. Supposedly the guy she was dating dumped her to go on a T.V show. “Omg, that’s horrible! That poor girl!” Then we see this….yeah no,

I’m having a really hard mustering up the sympathy. There’s petty (which I can also sometimes appreciate) and then there’s this. This is straight up some hoe sh!t.

I don’t even know Robby, but I already feel bad for him. She’s obviously that type of girl who who gets with the best friend/enemy to get back at the ex. Literally the worst type of girl there is! Looks like she should of been the one on TV. She’s definitely built for it! There, I said it! “Come at me bro!”(Olivia voice)”

DAMN! I have been saying all along that I am actually quite impressed with Chad’s creativity in seeking revenge. I really underestimated his intelligence. First he bought up the guys domain names and now this epic act of revenge!!!

I rarely break out the clasped hands, but I think I have to give Chad a perfect 5 out of 5 clasped hands for choreographing this situation!

Thankfully ABC is not done with lovable Chad just yet. He will be appearing on Bachelor in Paradise later this summer!…Of course that is…contingent upon this new romance. Oh the layers of irony!!