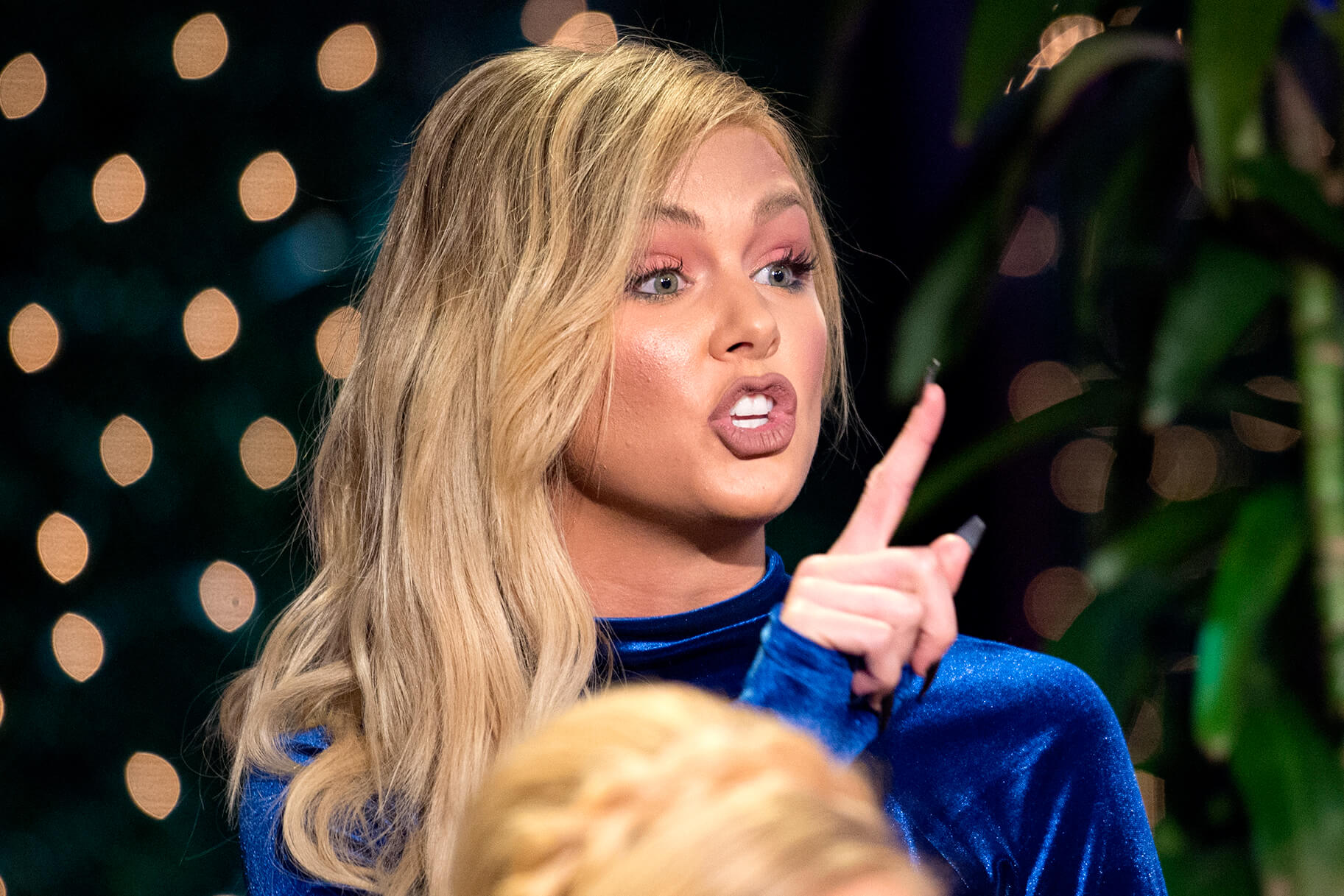 Twenty-five-year-old Lala Kent and James Kennedy were feeling pretty confident about their jobs on Vanderpump Rules after their rocky relationship on season 4 prompted a 40% ratings increase, but it appears that Lala’s time on season 5 will be cut short.

Lala leaves mid-season…allegedly she quits. It sounds like Lala gets into a big throw down with Katie Maloney. And a new trailer reveals Kristen Doute, 33 confronting Lala about dating a married man. So perhaps Lala gets in over her head and decides to bail.

“I made the decision to leave the show. I realized it isn’t for me. IT WAS COMPLETELY MY DECISION.”

“The fan base I have has kept me on cloud 9. Stay tuned for Lala’s next move. #upup&away”

Of course we all remember what happened last time someone tried to leave Lisa Vanderpump and take their found new fame with them.

I also wonder if the rest of the cast conspired to get Lala kicked off the show.

Despite being crushed on season 4 after the big revelation came public that her boyfriend Hayes Pullard likes a good rim job, I have a hard time seeing Lala willingly giving up this amazing and lucrative gig.

I have a feeling that Lisa Vanderpump may have allowed her to gracefully bow out, but it could also be that she wants to work things out with her ex, or she doesn’t want the world to believe the rumors that she’s a “Sugar Baby” and is dating married men. So it will be interesting to see what plays out and if Lala decides to leave on her own or if she is fired.

By the way in September I actually met a married man at Burning Man that has some Sugar Babies in L.A. I was shocked to learn this is a real thing with married men.

At any rate everyone else will be returning to Vanderpump Rules including Stassi.