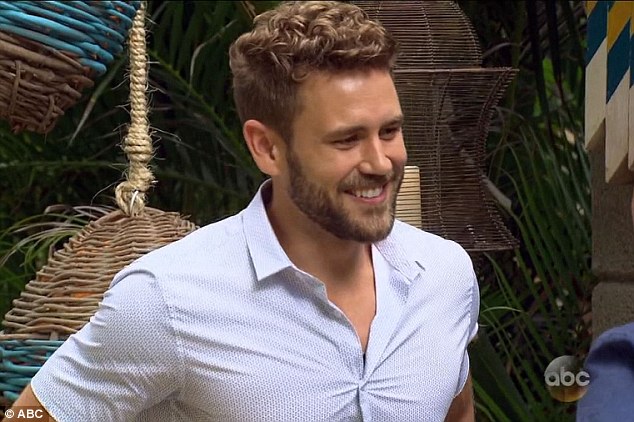 Well this was bound to happen eventually right? Despite a Catholic upbringing, 36-year-old Bachelor Nick Viall is definitely not saving himself for marriage and anyone could have guessed that Nick would sleep with as many of his contestants as he could.

Well it sounds like that’s exactly what he did and now as a result one said contestant is pregnant per a source at Life & Style. Yes, Nick allegedly gets a contestant from this season pregnant and it’s NOT the winner!

“The winner is already not happy about how much of a pig Nick has been,” said the source. “Nick has slept with a good chunk of the contestants but she fell in love with him for other reasons.”

We don’t need an insider to know that Nick slept with his final 3 girls….

“Nick definitely sleeps with his three finalists and one other girl, and there are probably at least a few more,” …..“No one truly knows how many people Nick slept with during his Bachelor run.” …….. “But he definitely tried to make moves on every single girl. Some of the women went to first base, some second base and other hit a home run.”

The insider goes on to say, “When the booze is constantly flowing, protection is not usually on people’s minds. And while there are always condoms in the house, with all the drinking going on, there’s really no remembering if they were actually used.”

This immediately makes me think that production is well aware of this sticky situation every season and likely is stocked FULL of Plan B pills.

Anyhow, in the end Nick “picks a ‘good girl’, “but what she doesn’t know is that right now one of the other girls he slept with thinks she’s pregnant and that it’s his,” the source says. “Talk about a nightmare!” Well fans can begin to imagine who that lady may be. The first girl that comes to mind is Corinne Olympios — the girl with the “platinum vagine”, the girl who impulsively removed her top on episode two and strategically placed Nick’s hands on her breasts–she is also seen in previews sneaking into Nick’s hotel room and requesting some of-camera-time, but as of yet no word on who the contestant is.

This will certainly be a brand new situation on After the Final Rose won’t it?

The Bachelor airs Mondays at 8 p.m. ET/PT on ABC.

7 Things that may surprise you about Corinne

1 thought on “Nick Viall allegedly gets a contestant pregnant”