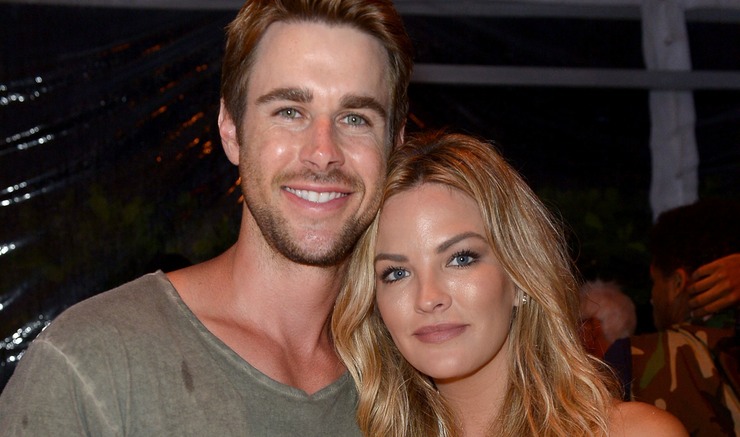 Yet another amusing Bachelor alumni story—– Bachelor virgin Becca Tilley, 28 (Chris Soules season) is now dating Bachelorette alum Robert Graham, 32 (Desiree Hartsock’s season). Tilley was one of a handful of Bachelor contestants who proudly declared that she was saving herself for marriage. Cut to Robert Graham…who I am pretty certain is gay, and if you are gay who better to date than a girl that is saving herself for marriage.

Am I suggesting this relationship is  a sham? Well at least for one of the participants.

The Bachelor season 19 runner-up confirmed to Us Weekly that the two are a couple and that Graham totally “supports” her decision to remain a virgin until marriage.

“He is very respectful in every aspect of our relationship, so you know, that’s something I was obviously very vocal about on the show,” Tilley proclaimed at the Bachelor charity premiere party benefiting SheLift at Sycamore Tavern in Los Angeles. Graham added, “We’ve talked about it. It was an open discussion, so there was an understanding.”

Tilley, says Graham is “very romantic. He’s so good. It stresses me out a little bit because I’m like, what do I do now?”

If you recall Robert made it to Fantasy Suites on Bachelor in Paradise with contestant Sarah Herron and not only did he not make a move on her when she tried to unbutton his pants, he slept with his jeans on!!

Needless-to-say Bachelor fans thought Graham was being an opportunist and was leading Sarah on in an effort to make it to the end. In my opinion, Robert likes the attention of being a D-list celebrity so I have reason to doubt this relationship is anything more than a publicity stunt for him. Stay tuned. We shall see if any girl ever gets Robert’s jeans off.

UPDATE 5/20/22: Looks like the stunning Becca Tilley likes the ladies!