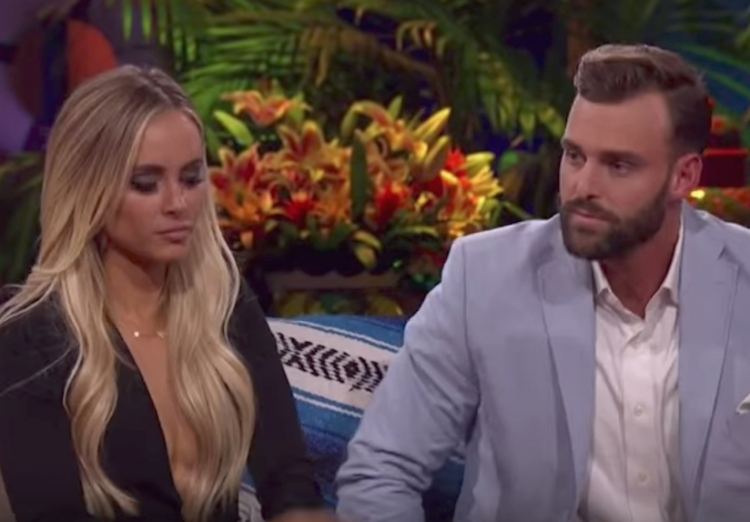 Bachelor in Paradise‘s most ‘formidable and comfortable couple’ has officially split. I can’t say I’m surprised that ‘Social Media Influencer’ Robby Hayes, 28 and ex actress and beauty consultant Amanda Stanton, 27 have decided to breakup after a month of dating in real life. In fact, the recent breakup is predictable and right on time, in my humble opinion.

The couple allegedly found love on season 4 of Bachelor in Paradise, but I’ve not been holding my breath that this couple was ever real to begin with. And now, coincidentally,  just before producers decide who to cast as the 2018 Bachelor, the duo has called it quits.

Amanda told E! News that the two have decided to go their seperate ways.

“I’m totally open to being friends with him. I don’t have any hard feelings towards him,” she said. “It’s a little frustrating as a girl, and I think a lot of girls can relate to putting all your effort into somebody and maybe them not doing the same and kind of feeling like you wasted your time.”

I suppose it is possible that Amanda thought the relationship was real and that Robby was straight.

“I think there’s so much to relationships, and I’m just at this point in my life, where I’m like it’s OK…I don’t want any awkward tension between anybody. So I hope we can be friends.”

Stanton, who is on her 3rd round of Bachelor franchise dating, is ready to retire from the TV dating gig, “Never say never, but probably not,” she said. “I do think that I’m staying out of dating from the franchise from now on. I’ve done the show three times. I definitely had my fair chance of trying to find love within the franchise, and it hasn’t worked out for me yet.”

She continued, “I just want to meet someone the normal way. I want a normal life. I want to get married and have more kids.”

Well let’s hope Amanda’s celebrity Tinder profile will be approved so she can go back to finding love the old fashioned way—one swipe at a time.

Check out the Twitter war erupting between Amanda and Robby!