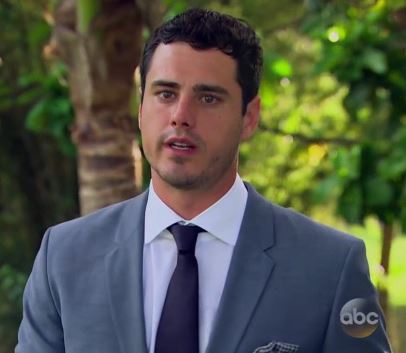 Former Bachelor Ben Higgins is finally moving on from ex-fiancee Lauren Bushnell ….. and he is actually staying in the Bachelor franchise…sort of.

He is dating the girl that Robby Hayes allegedly cheated on Amanda Stanton with, 25-year-old Lindsey Duke.

Remember the girl that Robby was supposedly kissing at a concert in Colorado? Yep, that girl. Ben is dating that girl.

It really is a very small world, especially if you’re a part of Bachelor Nation. Robby knew Lindsey from Jacksonville, Florida, and they had hooked up a few times–then reconnected this summer at the Zac Brown Band concert in Colorado just after BiP finished taping. Unfortunately for Robby people at concerts generally have their cameras out and someone did snap a shot of the two in a romantic embrace.

Cut to a few months later and former Bachelor star Ben Higgins met the sultry blonde at a charity event to raise money for the victims of Hurricane Harvey.

The two reportedly left the event together. And were conspicuously spotted by fans at breakfast together the next morning.

And while we are on the topic of staying within the Bachelor franchise, Lindsey previously dated lothario Jef Holm, from Emily Maynard’s season of The Bachelorette. Who is Lindsey Duke?