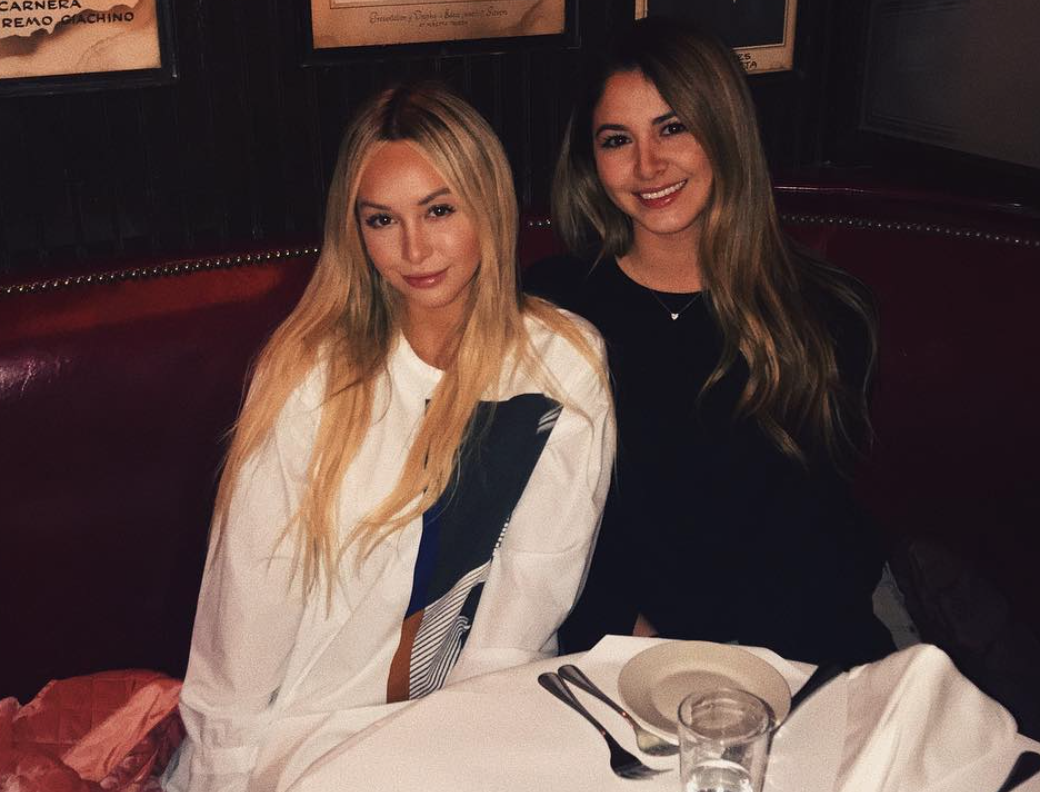 Recall last season of Vanderpump Rules a little SUR-ver named “GG” dropped a big bombshell–alleging that she slept with James Kennedy while he was in a ‘committed’ relationship with then girlfriend Raquel Leviss?

Well GG aka Gerelyn Gilbert is back but not on Vanderpump Rules. She has crossed over to The Bachelor franchise and is now working for Bachelor vixen Corinne Olympios. Corinne is apparently not only in need of a full-time nanny, but also an assistant–which interestingly would mean Corinne plans to stay in LA for a while.

Ok so here’s the sitch,

GG still works at SUR and hopefully we will get a cameo on season 6 which airs in a few days, but on last Tuesday’s, Nov. 14, Morning Breath, Corinne revealed that she “totally stole” GG — and that the two recently sat down for dinner at SUR. “We just went to SUR,” she said. “The food was good and I had a tequila lime juice soda because that’s my drink.” Yeah, I think there is more going on here. You know marketing genius Lisa Vanderpump jumped all over the situation of Corinne and her platinum vagine. Look for Corinne to appear on VP Rules perhaps even as a new cast-member.

Morning Breath host Jackie Oshry asked her who she liked the most on the show and she replied, “Lala. But she doesn’t really work there. She just works there for the show. She actually is [a cool girl] and she’s so pretty,” …..“I don’t know. Like, anybody who thinks she’s ugly is jealous. She’s so pretty.”

GG claimed that she decided to opt out of appearing on the show again after feeling used for a storyline last season. “People trying to deceive you and getting manipulated [were the main reasons I left],” . Yeah recall poor GG was referred to as a Honda by James Kennedy. Ouch!

Vanderpump Rules returns to Bravo for its sixth season on Monday, Dec. 4, at 9 p.m. EST.