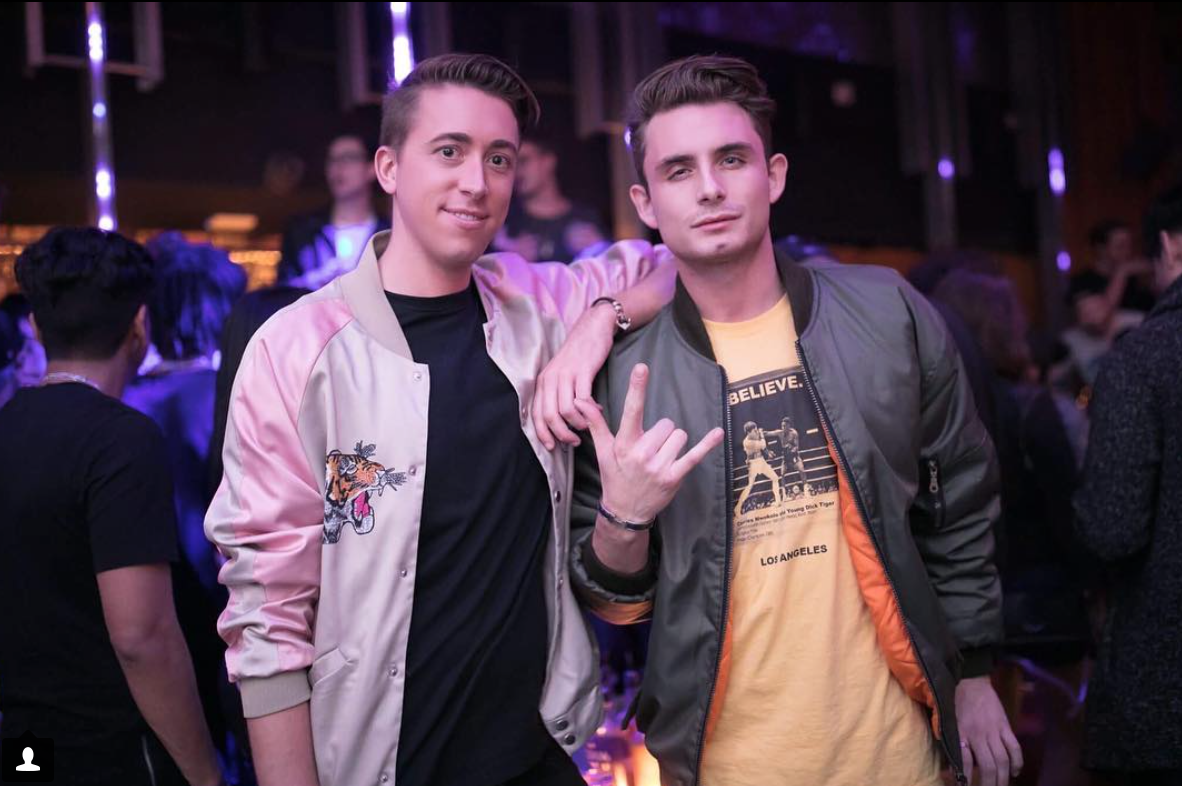 I reported in August some very compelling evidence suggesting that Vanderpump Rules star James Kennedy may be gay or at least bi-sexual or perhaps even just gay for pay. So video previews showing James making out with a man this season are very interesting to me.

On the premiere of season 6 Monday night we met a very close ‘friend’ of James—Logan Noh, 29 who was helping James make cookies for James’ girlfriend Raquel Leviss. Logan is very clearly gay and very clearly smitten by the 26-year-old DJ.

We then learn that the two met at PUMP Restaurant and became fast friends admitting to having hung out nearly every day for the past three years–odd that we are just now meeting him.

Naturally the evidence has me wondering if this young man might be James’ boyfriend.

Let’s back up a second. Officially James is still in a ‘committed’ relationship with girlfriend Raquel who conveniently lives in Northern, California.

But I found this very curious blind item on CDN back in August about a closeted Bravo star that sounds a lot like JK,

Anyhow, regardless of whether or not JK and Logan are ‘boyfriends’ they are clearly VERY close. One look at Logan’s Instagram account and it appears that these two young men spend 24/7 together. The situation is very intriguing and a bit confusing for sure. James is such a train wreck — it’s hard to know exactly what’s is going on here. Given how much he loves and needs attention — maybe he enjoys Logan’s affection for him. Maybe the two enjoy a little play time but nothing serious. Maybe James is trying to create this cloud of suspicion and intrigue to keep him relevant and employed on the show.

Or maybe James Kennedy has discovered his true sexuality but is trying to outwardly project that he is straight like a lot of closeted Hollywood stars–although he is not ‘trying’ all that hard! That would explain why he was not able to get a ‘full chub’ when Lala Kent finally caved and consented to sexual intercourse.

Or perhaps he is truly bi-sexual and wants to have his cake and eat it too. James has never been a fan of moderation.

Anyhow, whatever the sitch, you can be sure that Lisa Vanderpump will get to the “bottom” of it.