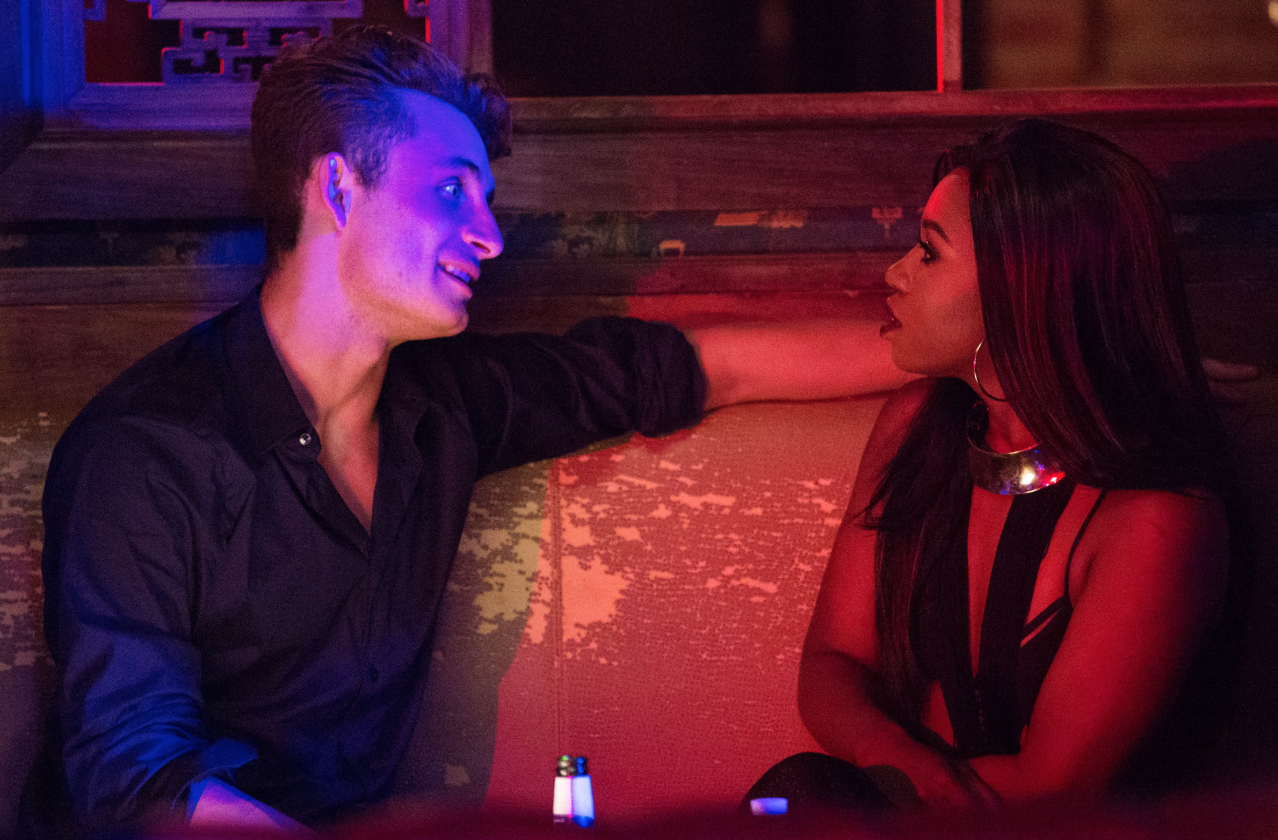 There is nothing we love here more at O!HiTS than evidence and it appears that Vanderpump Rules star Faith Stowers has just that after her alleged secret sex-capade with Mr. Jay Taylor.

Now the existence of this evidence begs a lot of questions. It suggests to me that she plotted this sting operation for some promised reward. More on that in a minute.

First of all, the dirt. So Radar online has an insider claiming,

“Faith wanted a contract. VPR pays a couple hundred bucks an episode unless you have a big storyline. She slept with him to secure her story line…..she did it so she could have camera time. That way she could get a contract and make money.”—which was exactly what I thought when I heard the story.

We know the cast is very well-paid–somewhere in the 6 figure arena, not to mention all the money they can make in endorsements.

And Faith, with her impressive military background, came up with a serious battle plan— seducing the 38-year-old Bartender while on-duty caring for a feeble 93-year-old woman. Talk about ‘multi-tasking’!

During the indiscretion Jax made some really cringe-worthy confessions.

“She recorded him so she had proof in case he denied it…he was saying that he was marrying Brittany for a spin-off show and that the relationship was for his career.”

“Basically she was blackmailing Jax, because she knew that he would try and cover it up and she wanted to make sure that she was back on the show….They are both awful.”

“He sleeps with other girls too, unprotected. He’s awful”….It’s especially awful given the rumors that Jax has Herpes.

Jax has definitely demonstrated some rather reckless sexual behavior in the past including an impromptu hook-up with Kristen Doute and a bathroom hookup with a random girl in San Diego–and don’t forget Laura Leigh on the bathroom floor of SUR on season 1.

Anyhow, this existence of this dossier is what intrigues me. I strongly suspect Lisa F*cking Vanderpump helped choreograph this impressive strategic operation. I look forward to hearing the audio as the salacious season unfolds! Vanderpump Rules returns for season six on Monday, Dec. 4 at 9 p.m. on Bravo