Kathryn Dennis and Ashley Jacobs get nasty on Southern Charm 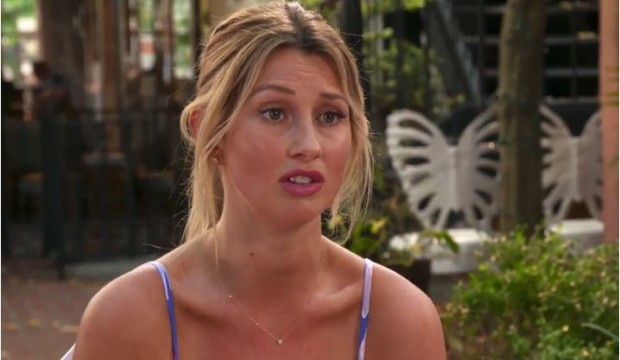 So we meet the infamous Ashley as she is carefully choosing an outfit to wear for her small-screen entrée–I mean Shep’s birthday barbecue dinner. Thomas tells her she should wear short shorts and a silk top since he will be parading her in front of baby-mama Kathryn Dennis. Ashley asks Thomas what he’s most excited about at the party and he replies, “I’m excited to see Kathryn’s reaction to your look when you walk in.”

So much for becoming a father making T Rav act like an adult.

As for the backstory of how Ashley got here:

The two met at a restaurant bar during a Cinco de Mayo celebration in Santa Barbara, Calif. Ashley supposedly beckoned Thomas over and then a week later moved to Charleston to be with him.

Anyhow things get nasty between Kathryn and Ashley as Ashley is seen telling Kathryn that she is nothing but a “baby momma” and an “egg donor.”

And it doesn’t appear that the other cast members are too fond of Ashley either–accusing her of being very ‘thirsty’ aka desperate to get something of value from T-Rav.