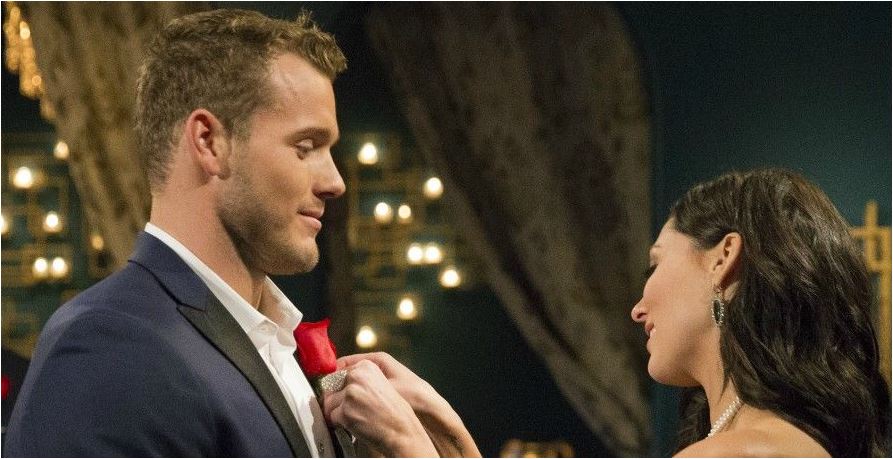 Twenty-six-year-old Colton Underwood finally got some alone time with Bachelorette Becca Kufrin Monday night and he dropped a bombshell on her, making her seriously reconsider the possibility of a relationship with Colton — he told her that he dated fellow Bachelorette alumni and friend, Tia Booth.

After a very light-hearted game of trampoline dodgeball, Colton decided to reveal the big sitch to Becca–presumably before someone else did.

“We had a weekend together and we had a good time, but for me the timing wasn’t right to grow what was a spark into a flame,” he tells Becca. “If my feelings were strong enough, I wouldn’t have came on [the show]. I think that from what I know of you, we could build something awesome. We could have the time. Whereas it wasn’t there, moving forward, with her.”

The reveal definitely sends Becca’s head spinning, She is torn.

“I’m not going to lie — I don’t know how I feel about it,” she says. “It makes me feel a little bit sick. I’m very attracted to you, I really like where our conversation was on night one and I feel like we had a lot in common, but it’s a very tricky situation. It puts me in a very strange position. It’s just a lot to take in right now.”

Colton must stick around a while because Previews show him confessing to Becca that he’s a virgin—this overshare generally doesn’t come until just before overnight dates.

Anyhow, Colton did get a rose despite losing the group date rose to Wills and despite Becca expressing her doubts to him:

“I feel like I see something in you that I’m very attracted to, and there’s that interest there,” she tells him. “But until I have more clarity, I don’t even want to really invest in this relationship. So if you sense that I am holding back with you, I am.”