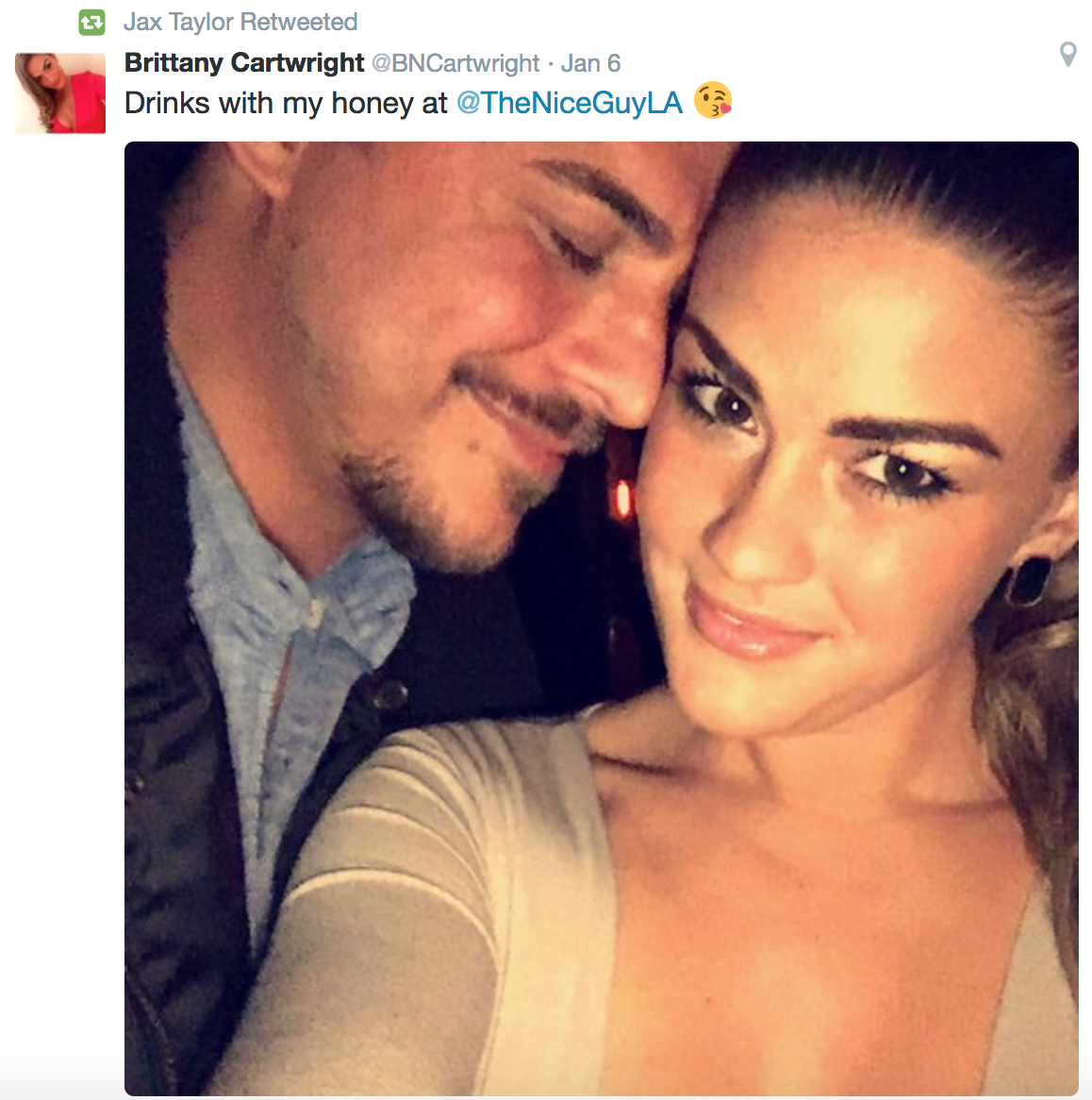 Bravo’s 38-year-old consummate hot mess Jax Taylor has finally decided to settle down! Yep after a very rocky season of Vanderpump Rules and a very tough year Jax decided that he really does want to spend forever with his very sweet girlfriend Brittany Cartwright.

And today he put a ring on it with a little help from ring designer Kyle Chan.

With a shout out to his pal Kyle.

“I can’t tell you enough how much you knocked it out of the park on this ring. I love you man!  See how this unfolds on season 7 we are so excited to share this with everyone.” I guess that means producer Lisa Vanderpump captured it all on camera for season 7 of the show.

The new ring reportedly cost $70,000, but something tells me Jax got a little help from his friends paying for it.

“Omg omg!!!!!!!! We are ENGAGED! What a way to start our summer and season 7!! I am so happy, so in love, and so beyond excited for this next chapter of our lives! I can’t wait for all of you to see how he proposed! I am the happiest girl ever right now. love can win  #PumpRules thank you @kylechandesign this ring is gorgeous!!!” On season 6 the couple briefly broke up after Jax cheated with Faith Stowers and after Faith released a scathing audio recording of Jax saying he intended to break up with Brittany and wasn’t even attracted to her anymore.

But Brittany is a saint and despite the advice of her co-stars …..and all of America, she did not give up on Mr. Jax.

And then something big happened that made Jax grow up real fast. His dad, Ron Cauchi, died of cancer and Brittany rose to the occasion and coddled and cuddled him through the devastating event.

Jax cried uncontrollably on the Reunion when discussing his father and said he was ready to be a dad after Andy Cohen brought up the fact that Jax and Brittany do not use protection and the possibility of pregnancy. So don’t be surprised if this is a shotgun wedding.