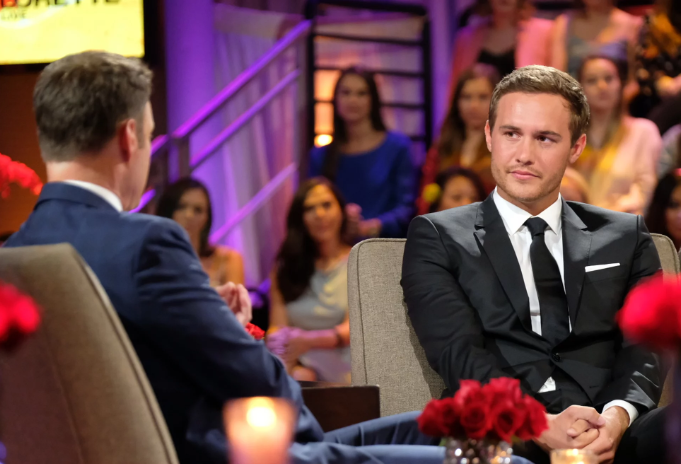 Bachelor producers have already chosen a 2020 lead and it’s none other than Hot Pilot, Peter Weber of Westlake Village, California.

Producers had been considering Bachelorette runner-up Tyler Cameron, as well as Bachelorette and BiP alumnis Derek Peth and Mike Johnson.

I have to say I’m glad they didn’t choose Derek or Mike. After watching the two on Bachelor in Paradise it became pretty clear to me that neither could bring that X factor that a lead needs. That said, I’m not thrilled about Peter Weber as the lead either. Peter was cute and pretty charming on Hannah Brown’s season of the Bachelorette but is he really Bachelor worthy? Ehhh…not in my opinion.

A 27-year-old pilot that lives at home with his parents? That’s the best you could do?

Don’t get me wrong. I get their thinking. Pilot Jake Pavelka’s season had the highest ratings in Bachelor history so it’s not surprising that they want to recreate the Bachelor ‘Wings of Love’ magic. But I don’t think that Pete has the chops to bring that sort of frenzy.

Tyler Cameron was their first choice. He is the hottest guy to ever star on the show after all. But sweet Tyler blew his chances by falling for a world class super model–Gigi Hadid..sigh. Hopefully it’s a decision he won’t regret. That left producers with some pretty slim choices and I think Peter was merely the best of the worst.

Peter has already filmed several segments for the upcoming season.