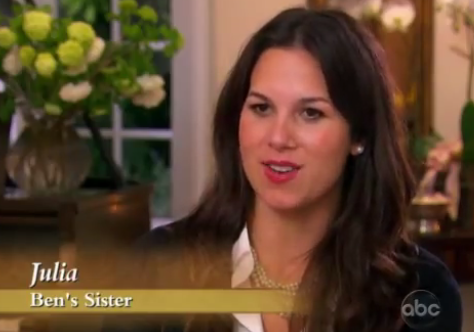 We talk a lot about the enneagram here on Ok! Here is the Situation, because we find it to be a fun lens to view the world through in terms of deciphering people’s personalities, motives, strengths and weaknesses. And, for all enneagram personality types (or, “numbers”), it’s interesting to notice whether or not someone is portraying a healthy version of their number, an unhealthy version or somewhere in between.

I, for one, identify as a fairly healthy enneagram “one” (or, as we like to call it, “the UNO”). As an “uno,” I see the world through very perceptive and analytical eyes, which can be a strength, but it’s also easy for the mind, in this way, to become overly judgmental of people, in a, what we like to call, a “Judgy Judgerton” kind of way.

And when you are an UNO and you are basking in your own perfection and looking down on the world with those analytical eyes, it’s really the epitome of a pinkies-out, pearl necklace-wearing, not-easy-to-please personality type. (In the most loving and awesome of ways, of course.)

So, when, in Ashley Hebert’s season of The Bachelorette, we saw Ben Flajnik’s sister, Julia Flajnik, wearing a pearl necklace and discussing Ben’s emotions with him in the utmost of serious ways during Ben and Ashley’s hometown date, we knew, right away, that we were dealing with an UNO. I mean, as a ONE myself, I know one when I see one (no pun intended)!!

To refresh your memory, please take a minute (or, really, about 15 of them) to re-watch Ben and Ashley’s hometown date from the last season of The Bachelorette:

Now, suspecting this enneagram-inspired relatability exists between me and Ben’s sister, Julia, I couldn’t help but think, while watching this season of The Bachelor, that she was likely going to perceive Ben’s amazing ladies through the same lens’ as I did. And, well, that lens DOES NOT like frontrunner Courtney Robertson at all.

I mean, I know most viewers don’t like Courtney at this point, but Julia will be meeting her without having seen the show, from a clean-slate perspective, during this Monday’s finale of The Bachelor, before Ben chooses which of the final ladies to propose to.

And we are hoping she’ll be wearing her pearl necklace, once again, and will be able to help steer Ben (who, as we previously stated, is an enneagram personality type FOUR) away from the unhealthy enneagram type THREE that is Courtney Robertson. We are relying on you, Julia!!

And when Julia meets the destined-for-second-place amazing lady Lindzi Cox tomorrow, we predict that although she will like Lindzi, she will also be able to tell (as we all can) that Ben’s “just not that into her,” unfortunately.

It’s really hard for enneagram FOURS to “fake it,” which has made Ben an interesting Bachelor to watch. In past seasons, it was harder to tell, going in to the finale, which person the lead was going to pick, but not with Ben. Ben has had his sights set on Courtney since she said, “Hi, cutie pie” during her Night One limo exit. And Julia is going to pick up on this, since, really, who knows her brother better?

Ultimately, our pearl necklace prediction is that Julia will sense that something is “off” about Courtney when she meets her during the finale, but may or may not be able to sense enough to warn her brother (who, I’m sure, she is going to be really happy to see so happy and will likely have a hard time popping his lusty Courtney balloon).

But, now, present day, after having seen all of the episodes of The Bachelor uncomfortably air, my prediction is that she is going to be giving Ben the full-court, pinkies-out, pearl necklace-wearing press on getting rid of the bad Courtney juju. Which, for the enneagram type FOUR, is going to be really hard to hear……and he will likely ignore it as much as he can until he’s able to “see the light” for himself (which could take a while to happen, unfortunately).

In any case, we are excited for this Monday’s finale of The Bachelor. And we are especially excited to see what Julia Flajnik has to say about Ben’s final two ladies. Enneagram type ONE’s are awesome (I’m totally not biased), so whatever she has to say, it will be really interesting to hear. Viva, Julia! Viva, healthy UNO’s!

I’ve been waiting for Momma Flajnik and Sister Flajnik to meet Courtney all season. Will Courtney manage to win them over? Will they have their doubts about Courtney, but be swayed by Ben’s goofy, love-struck grin around her? Or will they say, “No F-ing Way. She obviously has borderline personality disorder!” (or, you know, something to that effect)??

Tune in with us tomorrow night to see! We will be WEIGHING IN on Twitter and Facebook throughout the night. YES!!!

Now, it’s time for YOU to WEIGH IN!! We know you all love a good poll as much as we do!!