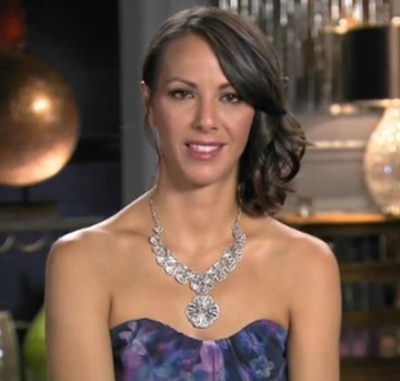 “I did background work in He’s Just Not That Into You, and Yes Man.”

Both Tom and Kristen appear in the 2012 movie 23 Minutes to Sunrise with Eric Roberts. Check out their acting chops.

Kristen Doute works at Lisa Vanderpump’s restaurants SUR and Villa Blanca, and was cast on the series Vanderpump Rules in 2013.

This season Kristen plays a much more prominent role in the Bravo series.

Who has Kristen Doute dated?

She has been dating her boyfriend Tom Sandoval for 5 years. Her and boyfriend/roommate Tom serve up serious drama at SUR.

“Anyone who’s ever worked in service industry knows — for lack of a better term — that most of the relationships are incestuous,” she says. “We’re with each other all of the time. These are all mine and Tom’s best friends and the fights at work follow us home. The drama never goes away.

“We have twice as many episodes this season, so in the first season, there really was only one main story line about Jax (Taylor) and Stassi (Schroeder)’s breakup,” says Doute, who has lived in California for six years. “Now there are more episodes and you get to know everyone more intimately, specifically Tom and I — maybe even more than I had hoped.”

This season a new server Ariana Madix hits the Vanderpump Rules scene. She apparently has some sort of history with bartender and Kristen’s boyfriend Tom Sandoval, although it’s still unclear whether the two have slept together. But if you believe Jax Taylor they have.