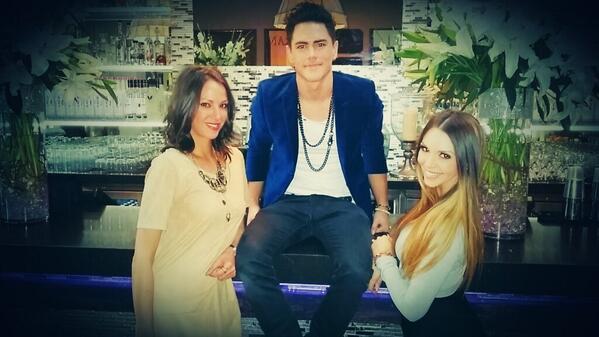 Today Tom Sandoval revealed that Kristen Doute had cheated on him before and that he knew about Jax and Kristen before Scheana Marie’s engagement party and supported Kristen because no one else would. In an interview with the Daily Mail, posted on Tuesday, Feb. 4, Tom Sandoval said this:

“This is not the first time she’s been unfaithful. She started off our relationship cheating on her ex with me.”

He also revealed that Kristen cheated again when they were officially together.

“She had a three-month relationship with another guy at Sur while she was with me. I cheated in Vegas because I didn’t want to be in the relationship anymore. It was my way of trying to get out of it,” he said.

He also revealed that Kristen told him the truth, which he had already suspected was true, when the cameras weren’t there. He stood by her at Scheana Marie’s engagement party because no one else wanted to.

It appears clear from the reunion which was filmed January 10, 2014.previews that Tom is dating Ariana Madix.