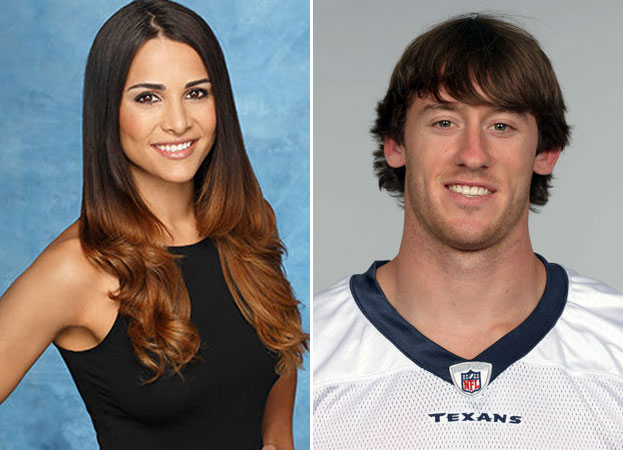 Andi had been dating another professional athlete: 30-year-old defender / American football player John Busing, of Alpharetta, GA for four years when she broke up with him. And from her conversations with finalist and sales executive Nick Viall, 33 we know that John cheated on her.

But Andi also seemed to really bond with finalist and pro-baseball player Josh Murray, 29 over the issue of having been cheated on in the past.

OkMagazine (warning if you click this link you will know who wins) says a production source claimed:

“Andi had deep feelings for both Josh and Nick, and she initially chose (name removed) to win.” …. “But just minutes before she was set to tape, she had a change of heart and picked (name removed) instead.”

It was obvious that Andi was very attracted to Josh but also scared of him because of her history with professional athletes cheating. So did her difficult experience with John Busing impact her final decision?

1 thought on “Did Andi Dorfman’s ex-boyfriend affect her final decision?”