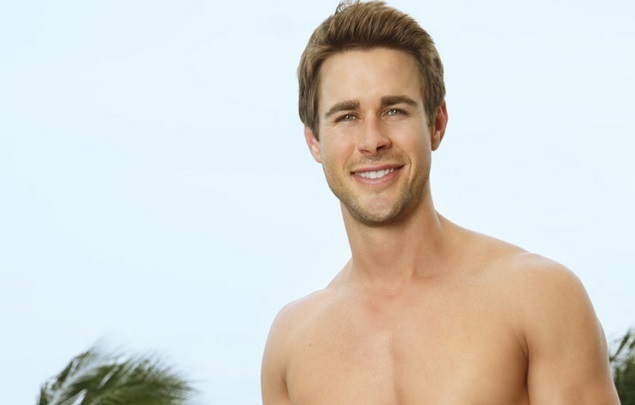 Tonight was the Bachelor in Paradise finale and the big situation was not the engagement of Marcus Grodd and Lacy Faddoul, but the Fantasy Suite catastrophe of couple Robert Graham and Sarah Herron which had people on Twitter wondering about whether Robert was gay or not.

The 31-year-old entrepreneur seemed obsessed with contestant 27-year-old Junior Art Director  Sarah Herron but when it came time to consummate the love and forgo their individual rooms and stay as a couple in the Fantasy Suite Robert flailed badly.

Sarah was thrilled to get Robert in the Fantasy Suite —“Tonight is this perfect opportunity [for Robert] to get to know me in every way possible,” Sarah proclaims in her ITM. “I hope he goes there. I hope he digs deep.”

Well, needless to say…he did not “go deep”.

Sarah contends that he slept in his jeans and pushed Sarah’s hand away when she tried to unbutton them and that he went straight to bed! Now I understand taking things slow and or being tired but when you are super hot for someone you at least enjoy a little skin to skin contact no matter how tired you are!

Robert looked super uncomfortable and a tad built guilty the day after…like he’d been caught. He was not acting like a guy who was head over heels in love and just taking it slow.

So naturally I looked for some evidence of past girlfriends and interestingly I found this interview in Glamour magazine which makes the gay rumor even more believable.

“Glamour: Let’s jump right into this: Unless you met the girl of your dreams on Bachelor in Paradise, why do you think The One has eluded you?

“Robert Graham: I had one really long-term relationship when I got out of college, and we were living together, but just like Graham, I was all over the place. That’s not really an excuse, but I wasn’t ready to get married. She wanted to take the next step, but I just wasn’t there yet, so we ended up breaking up. That was very difficult for me. It took me a while to get over that. So the next person I’m with is going to be the person I’m going to marry; I just haven’t been able to find that person or feel that way yet.”

ONE long-term relationship at 31? I know a lot of guys are commitment-phobes but how bout in college? Nuthin? It could be nothing, but after his behavior with Sarah I would not eliminate this possibility. Of course it may have been the classic “he’s just not that into you”…which makes him even more of douchebag for leading her on and keeping her away from other suitors.

Here’s the situation…if a single guy has the chance to sleep with an attractive girl and he does not even touch the girl he may be gay. This situation reminds me of one of my first boyfriends who could never consummate the relationship. I always thought it was his Catholic guilt until years later I found out he was 100% gay!!! (Note: if a guy locks his bedroom door while he is playing “chess” with his best-friend…he’s gay).

Maybe he and Brooks could have found love!

Here is what Chris Harrison had to say about the situation…