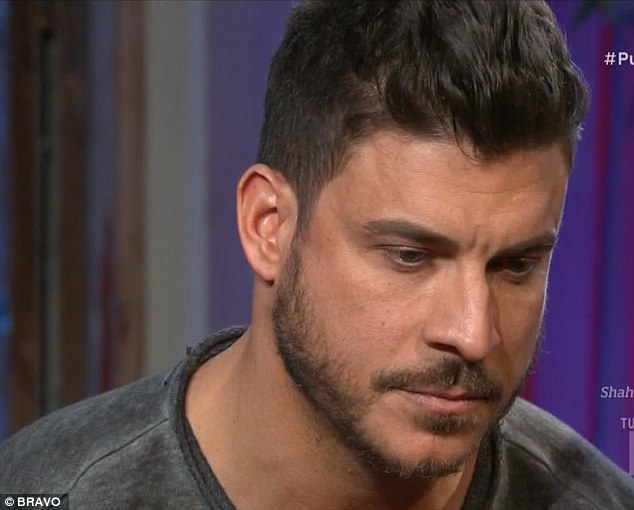 This Monday 34 year-old actor/model Jax Taylor decides to have a nose job to fix a deviated septum since new girlfriend Tiffany Matthews has a plastic surgeon friend (Maybe other girlfriend Carmen Dickman has a tattoo removal friend). BFF Tom Schwartz takes him to the appointment on episode 4 of Vanderpump Rules season 3. When Jax wakes up he is preoccupied with the pain and getting some drugs and he is even more of a mess than he usually is.

Jax said this in Entertainment Weekly about the episode:

“On last week’s episode, we were able to watch your entire process of your much-anticipated nose job, including the actual medical procedure. How did you react to seeing that?”

“Actually, it was the first episode [of the series] that I watched with my mother and father. Out of all the episodes I could have potentially watched with my parents, this was by far the best episode. This episode was fun because it took some of the heat off of me. I don’t remember what I did after the surgery because I was on a lot of drugs. I sound quite intelligent when I’m on drugs [laughs]. I’m glad I watched this episode with [my parents] because next week’s episode, they definitely do not want to be watching with me [laughs].”

(Interesting that he mentions his mother and father Ronald and Marie Cauchi since he is not that close to them).

Stassi Schroeder laughs hysterically when she learns about Jax’ surgery, conceding to her own plastic surgery, a chin implant, but saying she can’t imagine having a boyfriend that’s had “work”.

“During the run of the show, you got both Stassi’s and Carmen’s names tattooed on your arms. Have you tattooed anyone else’s name on yourself lately?”

“No names. I think I am going to hold off on the names for a while. [Laughs].”