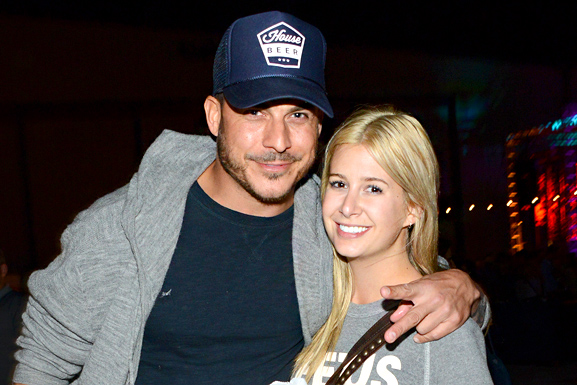 It’s really hard to know what the truth is with 35-year-old Vanderpump Rules star Jax Taylor since Jax has been known to be less than honest with women. This season he is torn between two women that he really likes Carmen Dickman and Tiffany Matthews.

He claims that this time he is being ‘honest’ with both women about the other and he breaks up with both multiple times throughout the season to date the other exclusively.

We know that he is not being ‘honest’ with both women from what a show insider told us earlier. But until now we have not heard someone tell Carmen Dickman’s side of the story. An insider close to Carmen told us this:

“Carmen was not set up (with Jax) via producers. It’s a lie .. He didn’t have the balls to tell Tiffany he met someone else. That a**hole wrecked two (women).”

“Actually Tiffany made him choose between her and Carmen back in January. He chose Carmen and not because of producers or a set up”…..”He fell in love with Carmen”.

There was a rumor that Bravo had pressured Jax into choosing Carmen because she would be better for the show than Tiffany who lived in Las Vegas.

“He played both sides of the fence back and forth and lied to both women.”

The insider goes on to claim that Jax was ’emotionally abusive’ with both women.

In regards to whether or not Carmen knew about “San Diego girl” who Jax sleeps with on next week’s episode in a bar bathroom the insider said this:

“Yes she knew about the San Diego girl. Tiffany booked a hotel for his birthday there but she and him had a fight. So she didn’t go and he went with his friends and slept with another girl in San Diego. When he got back, that day she broke up with him. He then went back to Carmen”.

The relationship between Carmen and Jax officially ended around December 12th when Jax allegedly locked Carmen’s dogs in a bathroom for 15 hours and left to go party all night. Of all people, Kristen Doute came and rescued the dogs.

Wow, I hope both Carmen and Tiffany will be at the reunion and will reveal exactly how ‘honest’ Jax was being with both of them…