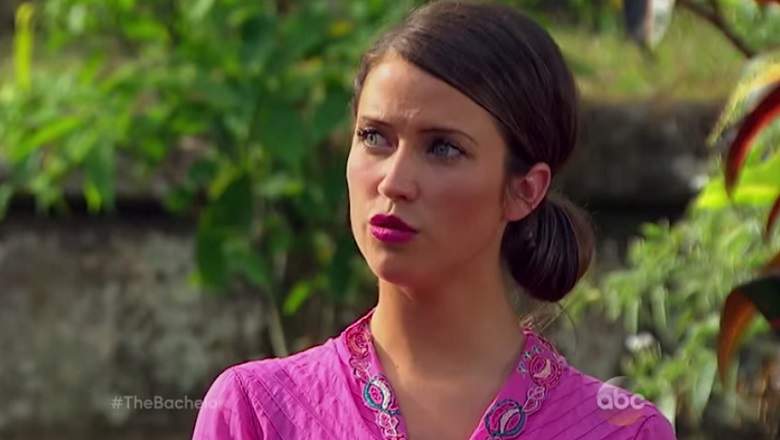 A friend of the couple tells Star that she has been dating firefighter Trevor Partlo for a year in Vancouver. “She loves being in the spotlight, and Trevor knows it,” ….

“When she signed on to The Bachelor, Trevor told me, ‘She’s just doing it to get famous. It doesn’t mean anything. She’ll come back and it’ll be life as normal.’”

Wow! I wonder if this is the same insider who broke the story that Kaitlyn was not in to Chris Soules and was only on the show to get famous?

Apparently when Kaitlyn was in the top three finalists, she returned home and:

“she told Trevor, ‘The whole thing was a joke — I only saw Chris, like, nine times,’” …… “But she admitted to another pal that she and Chris had been ‘intimate.’”

“I know Kaitlyn has told Trevor in the past that she loves him,” the source claims. “She’s a free spirit, but she can also be very manipulative. And I have no doubt that actually finding a husband on The Bachelorette will be the last thing on her mind.”

Here is the tiniest photo of Trevor from Instagram. It’s all I could find.

Whoah!!! Sadly I do not doubt this at all. Kaitlyn was really fun and charming but there was something about her that made her seem very unavailable.

She will co-star as The Bachelorette with fan favorite Britt Nilsson.

Chris Soules talks about breaking up with Kaitlyn Bristowe

3 thoughts on “Kaitlyn Bristowe had a boyfriend during ‘The Bachelor’”