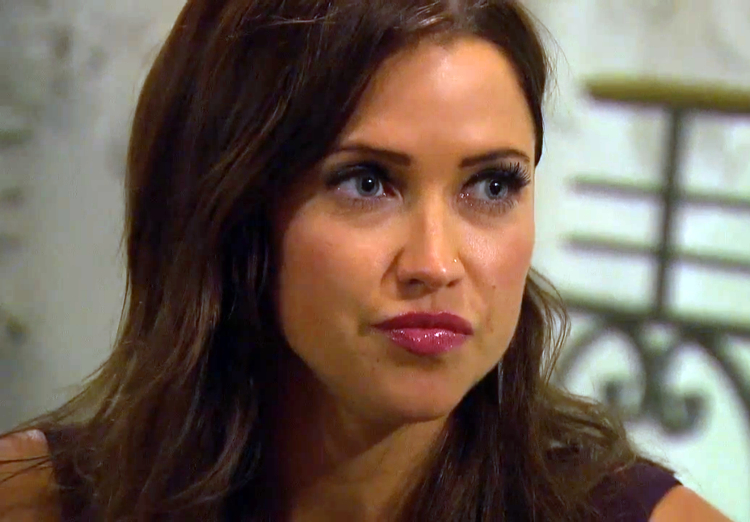 The previews for this season of The Bachelorette show Kaitlyn Bristowe tearfully confessing to having sex with one of her contestants before Fantasy Suite dates but now, a source at InTouch claims that Kaitlyn actually slept with TWO contestants before the overnight dates!

The promo showing the confession exploded all over the media since it is pretty unprecedented for The Bachelorette to have some sexy time before the Fantasy Suites which is when ABC officially condones and sponsors the sex (complete with condoms and everything). Kaitlyn tearfully explains ”It just happened. I don’t think I’m a bad person and I’m not ashamed of myself,” …… “But I do have other relationships and one of those other relationships went too far too fast.”

But according to a source at InTouch, the pre-overnight sex happened with more than one contestant. “She told [one guy] that she loves him and then they slept together during their one-on-one date.”

“[The second guy] slept with her in one of the hotel rooms,” according to the source.

“It was actually fairly early on.”

Actually the source claimed it was before they brought Nick Viall on to the show so REALLY early on. I am guessing it was Shawn Booth since he consistently received the pre-rose ceremony rose. And after seeing their conversation where Shawn claims that ‘Kaitlyn’s action are not matching her words’.

Photo Source: ABC
More on season 11 of The Bachelorette