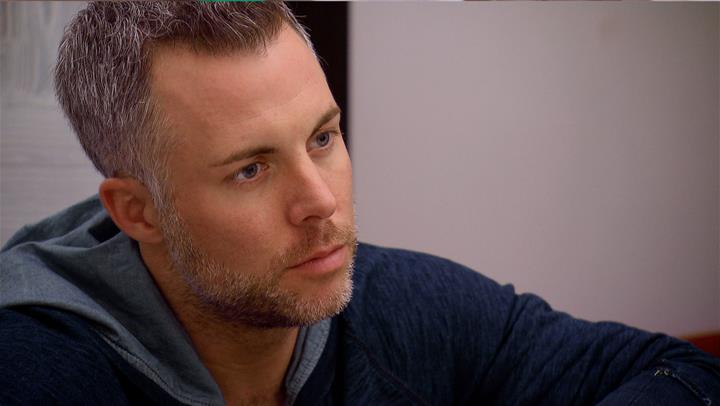 Sean Varricchio and Davina Kuller decided to call it quits on the finale of season 2’s Married at First Sight last night. Things had been rocky for a while for the couple of 6 weeks and there were some clues that the 35-year-old trauma nurse may not have been ready for a lifetime commitment—and that he may not have been what he appeared to be.

When the show first aired I discovered that Sean had an arrest record and mugshot and scouring the forums I discovered some people who claim to be Sean’s ‘co-workers’ had some interesting comments and opinions about Sean. Here is one comment that sheds some light on his alleged ex-girlfriend and the timing of the miscarriage. Remember Dr. Cilona claimed the miscarriage happened in February of 2014, but it sounds like it was even more recent.

“I work with Sean in the Emergency Department. No, we have never dated. I have been married for quite some time and am a mother. I only remember that the miscarriage was late spring/early summer because we had to change around some shifts to accommodate him taking time off to deal with the loss and a couple of people had their vacations planned. I do not personally know the mother of the child. But I do know who she is. She works in the hospital. I don’t know which hospital Sean worked at previously. I only know that he and I work together now. People have commented that they think he is gay. He is what you call “metrosexual” but I do not think he is gay. He has always been a ladies man.”

And here is another scathing comment about the woman Sean allegedly got pregnant and how he was still hooking up with other girls during the pregnancy:

We were all wondering if this pregnancy was going to be brought up. The person he got pregnant was NOT his girlfriend. It was someone he hooked up with from time to time. He made it clear that he would be a dad but was not willing to be anything to the mother of the child. The only reason the pregnancy was carried out was because the MOTHER of the child chose to keep the baby. He was a self proclaimed “playboy”.  He was still out hooking up with other people in the hospital when “Baby Mama”workers and family members. He has been bragging about this show from Day 1 and was talking about hopefully this being the building block to things like “Survivor and Amazing Race”.  He even told people he wanted a hot piece of you know what. That was his only requisite in finding a potential mate.”

Wow! Take this information for what you will, but there are several people (at least four) claiming to work with Sean with a lot of corroborating statements about Sean, including statements about him being a pathological liar. I believe it sheds a lot of light on things. I think that Sean certainly demonstrated some rather sociopathic tendencies which would suggest that Davina may not have been as difficult as she is made out to be.

Stay tuned next week for the Reunion! It is the only time the two have even seen one another since.