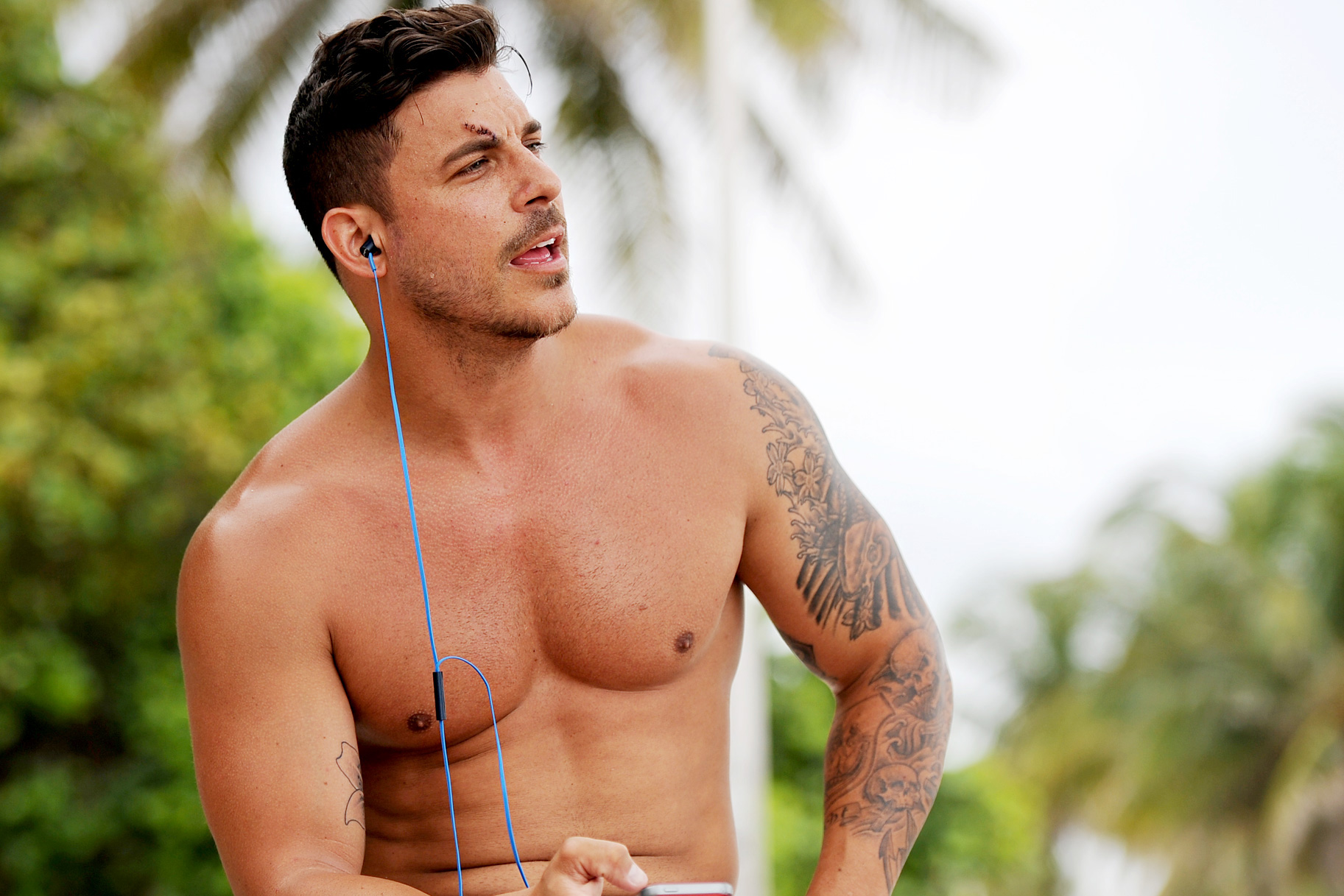 Vanderpump Rules star Jax Taylor, 36 is known for being a bit of a compulsive liar and a schemer. A few years ago we learned that his real name was not even “Jax Taylor”. His real name was Jason Cauchi.

Jax has always contended that ‘Jax Taylor’ is just a stage name and there is nothing more to it, but pal Tom Sandoval made an interesting claim about the real reasons behind his name change.

In fact recall on an episode of WWHL during season 2 of the show Tom Sandoval called in and said some very cryptic words about the situation.

“didn’t that ever cross your mind when you were throwing me under the bus? I’m curious as to if you want to answer that. Why did you move from Miami to L.A. and change your name from Jason to Jax?”

The call was cut off (probably by Bravo). Perhaps they were not ready for Tom to make the the big ‘gay’ accusation at that time.

But at the end of last season Tom was able to make the claim telling girlfriend Ariana Madix,

“John is a ‘concierge’ for a lot of wealthy people. Funny thing is that when Jax left Miami there were rumors about him and John hooking up.”

Thankfully Tom and Jax were on the outs or we may have never known about Jax’ mysterious Miami life. Tom strongly implies that John Walters was Jax’ sugar daddy in Miami and perhaps that Jax was being shopped around to multiple wealthy men. After all John was a ‘concierge’.

Interestingly Jax was roommates with Channing Tatum in Miami who got his start as a model in a gay men’s magazine. Channing admitted to being attracted to men too in May of this year. Well if that’s what he likes, I’d say Mr. Jax is just his type.

I am also still intrigued by the fact that Bravo cut off the call with Sandoval which makes me think not only was Tom going to out Jax, but he was going to out Channing Tatum as Jax’ boyfriend in Miami and that was simply too much information and liability for Bravo at the time. After all why would Bravo care about Jax’ close friend making an allegation about Jax being bi-sexual?

2 thoughts on “Why did Vanderpump Rules’ Jason Cauchi change his name to Jax Taylor?”