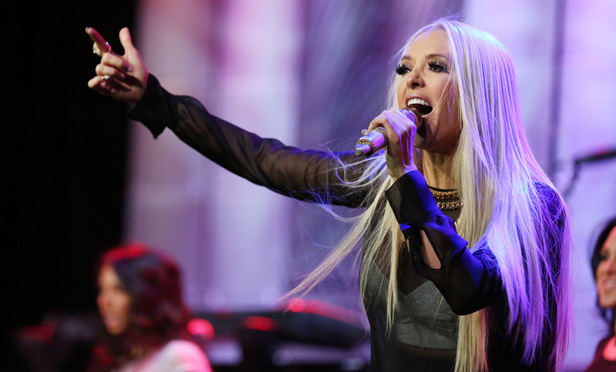 Erika Girardi, the gorgeous 50-year-old vixen and Broadway star always seemed a little too good to be true when she landed on RHOBH on season 6. She was seductive, racy, voluptuous, very rich, and she could sing and dance.

Quickly the women learn that Mrs. Girardi had created a persona by the name or Erika Jayne about 14 years ago at the age of 36 and Ms. Jayne was a huge hit in the dance pop world.

36 may sound young enough to be a sex pistol, but its ancient in Hollywood years…it’s especially late to get your singing career started.

But Erika transitioned from Mrs. Girardi to Erika Jayne quite successfully. Certainly she had help from her mega millionaire husband Tom Girardi, but still, her success was impressive. She has a lot of #1 hits on the dance charts over her career. Some include: “Rollercoaster”, “Stars,” “Give You Everything” and “Pretty Mess” to name a few.

We have all seen her sexy videos and stage performances. No doubt the girl can dance and work a crowd, but it seemed even more impressive that she could also carry a tune.

That said, have we been duped? My first big clue that she may actually be lip-syncing her stage performances and likely her recorded music was in season 10 when she performed at the Globe in LA and her mic suddenly stopped working mid-performance.

The mic stopped working but the singing (all be it slightly muted) kept going circa Ashley Simpson on SNL.

Some other subtler clues had happened earlier like in season 6 when David Foster wanted to work with Erika on a collaboration with opera singer Andrea Bocelli. Granted, it may sound totally out of her wheelhouse, but it’s music genius and multiple grammy winner David Foster. Trust his vision for the love of god. At the time I just thought Erika was just keeping it real and being “true” to herself but in retrospect I think she may have had a very big secret….that she couldn’t actually sing!

And then their is her team! That creepy producer Mikey and her squad. Apparently they do the choreography, music and pretty sauce. The glam squad does it all. I would have thought someone as ambitious as EJ would diversify a bit more and pull in some different people, but that glam squad is as tight as Erika’s black onesy. That also makes me think she kept herself very insulated perhaps to hide this big secret.

And the thing about people with big secrets like this is they sort of tell you what they are doing in the off-chance they are ever caught. For example, Erika does tell you that everything Erika Jayne does is one big performance as in, its not real. So in her mind she is probably saying, “I told them Erika Jayne was a total fabrication. Nothing about her is real (including her singing voice)”.

But the clincher for me was listening to a recorded version of her singing as Roxy Hart on stage in NYC in the Broadway musical Chicago.

Listen to the video below and tell me what you think….

The clues have always been there that things were not what they appeared to be.

3 thoughts on “Is Erika Jayne Lip-syncing?”