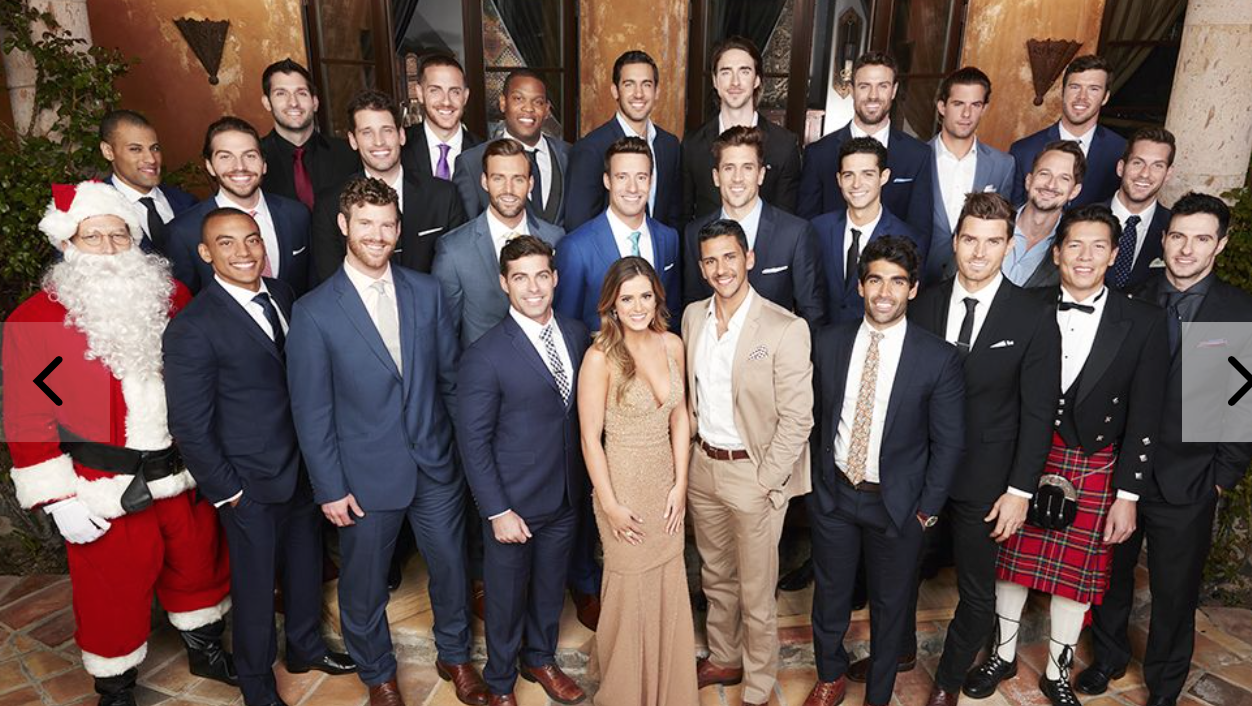 It’s almost time for the 2016 season of The Bachelorette to begin Bachelor Nation!

ABC just released the names of the men who will compete for Bachelorette Jojo Fletcher in May and host Chris Harrison just put out some teasers, including 5 men to keep an eye on.

Although Chris should have called it,

“Two guys who will make it to the end, one guy who will play the villain and last about 5 episodes, one gentleman of color so we don’t look racist, and one guy with a really ridiculous job who will last about 2 minutes, but we chose him just because of his ridiculous job and we need to get our money’s worth out of him”.

Keep in mind Reality Steve hasn’t released the winner or the episode breakdowns so this is not intended to be a spoiler and as of yet I know nothing, but this is my guess based on experience.

Anyhoo, that said CBH  says we should keep an eye on,

This is what Harrison says about the 5 men. “Chad, oh Chad. America is either going to love this guy or love to hate this guy. The real estate agent is very charming, handsome and has a body that was chiseled out of bedrock. He’s very buff. We haven’t gotten the results back on if it is natural, but he says it is. He has an ego to go with the Olympic-sized body. There’s not going to be any gray area surrounding Chad. He is not shy about sharing his opinions, he does what he wants and he is competitive. He will definitely make some waves in the house.” “There’s always that one person who stands out because of what they do, like the ’Chicken Enthusiast’ or the Jumbotron operator. Well, Evan is that guy this season. He is an ‘Erectile Dysfunction Specialist.’ If there was ever a match made in heaven, it is an erectile dysfunction specialist and The Bachelorette. ‘It writes itself. Is he up for the challenge?’ ‘It is going to be stiff competition.’ But I will say this about him, on top of being a good cocktail joke, he is a really decent guy and JoJo likes him a lot. He is a single father raising three boys while running a chain of clinics. He is very normal and down-to-Earth. He is used to the real world of working and making lunches for the kids compared to the puffed-up party guys. But will that ultimately be something she is interested in?”

Evan will last about 2 seconds, but long enough for ABC to get the full value of his crazy job title. “Jordan is very interesting. He is the brother of Aaron Rodgers, the quarterback of the Green Bay Packers, and he himself is a former pro football quarterback. JoJo has a spark with him right off the bat. The billion-dollar question is if he is here to extend his fame or find love. Is he just there trading on his brother’s name? Is he here to make a run to be the next Bachelor? JoJo is very smart and has a good BS meter. Jordan was one of those guys from the beginning that she was very taken with, but also very leery of for that exact reason. She keeps an eye on him. He’s got game and is very good at wooing JoJo, but she sometimes has a feeling about it being potentially too good to be true. We’ll see if she asks the tough questions even if she won’t like the answer.”

Well this feelings may be RIGHT ON because it sounds like Jordan is a player. “Luke is one of my favorite guys this season and has one of the best stories. I am a sucker for people who serve. He went to West Point. He was a platoon leader in the Afghan war and he also has the ridiculous Hollywood leading man good looks. He is smart, kind, and charming. He is the whole package. He is a Texas boy, so he and JoJo have that in common. He really fits for JoJo. But he might be too perfect on paper but not add up in real life.” “He’s a firefighter and I am a sucker for firefighters, military, and all that. That’s a good way to go because I think it takes a certain kind of person to serve for a living. He’s a buff and good-looking guy. He just got out of a long-term relationship very recently though. That relationship went down in flames and so the question with him now is ‘Is he ready to get back out there? Is it too soon?’ This happens a lot on the show. People go through something traumatic in their lives and they come on the show in a rip-the-Band-Aid-off move. It can work, but it can go horribly wrong.”

Daniel from Vancouver, Canada gets ridiculously drunk and undresses to reveal his ‘amazing’ body. Then he jumps into the pool (not exactly naked, but wearing a Speedo–close enough.)

Needless-to-say I don’t think Daniel will last long…like maybe not even to the end of the night before guys in a greasy ponytail step in for the luggage grab and escort him out in the van of shame.

He definitely wins the Ryan McDill award for WORST IMPRESSION! Why Robby? Because Robby apparently pulled a Caila Quinn and left a girlfriend high and dry when he left for the show.

Here is the very official list of contestants for the 2016 season of The Bachelorette airing Monday, May 23 at 9:00 p.m. on ABC.