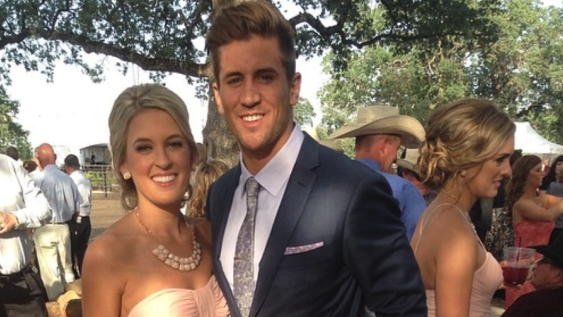 Yep, Grant Kemp, Jordan Rodgers and Robby Hayes all have a lingering and unhappy ex girlfriend.

So here is a breakdown of the 3 situations….

On the show Rodgers said that he had previously been in a relationship with a woman he was in love with, but his football career got in the way.

“I was in love, but I was so focused on football that I didn’t make time for anything else.”

Apparently that did not sit well with Jordan’s ex girlfriend, 24-year-old Nashville personal trainer Brittany Farrar who could not hold her tongue after seeing him say that and lashed out at Jordan on Instagram for cheating. OUCH! Not only does she go after him for being a cheater, she is bashing his Football skills!!

This on top of reports that he was in bed with a girl the night before he left to do the show—a girl that he was dating seriously. 27-year-old San Francisco firefighter Grant Kemp is also in the doghouse with his ex girlfriend. He allegedly met a girl named Jen Green on a plane in 2014–a Reality TV producer of all things! The two dated very seriously and were talking engagement and kids when Grant abruptly dumped her over the phone in January giving no information.

Ironically it was his girlfriend Jen that introduced Grant to the Bachelorette producers over the summer.

Additionally, prior to Jen Grant was engaged.

Then their is 27-years-old Robby Hayes from Jacksonville, Florida. Previews show Jojo questioning Robby about when he broke up with his ex. Robby was dating 24-year-old Realtor Hope Higginbotham from Ponte Vedra Beach, Florida.

The two were in a serious relationship for 4 years and broke up in January of 2016. In fact Robby simply vanished without explanation. Before we get too Judgey Judgerton on Robby one insider says,

“Hope cheated on Robby with his little brothers best friend.” So perhaps this will be addressed on the show.

At any rate. This is sort of bad news for producers because fans are going to lose faith in the fantasy that these perfect men exist. But should any of us be surprised to see a bunch of male narcissists signing up for The Bachelorette? The question is will any of them win.