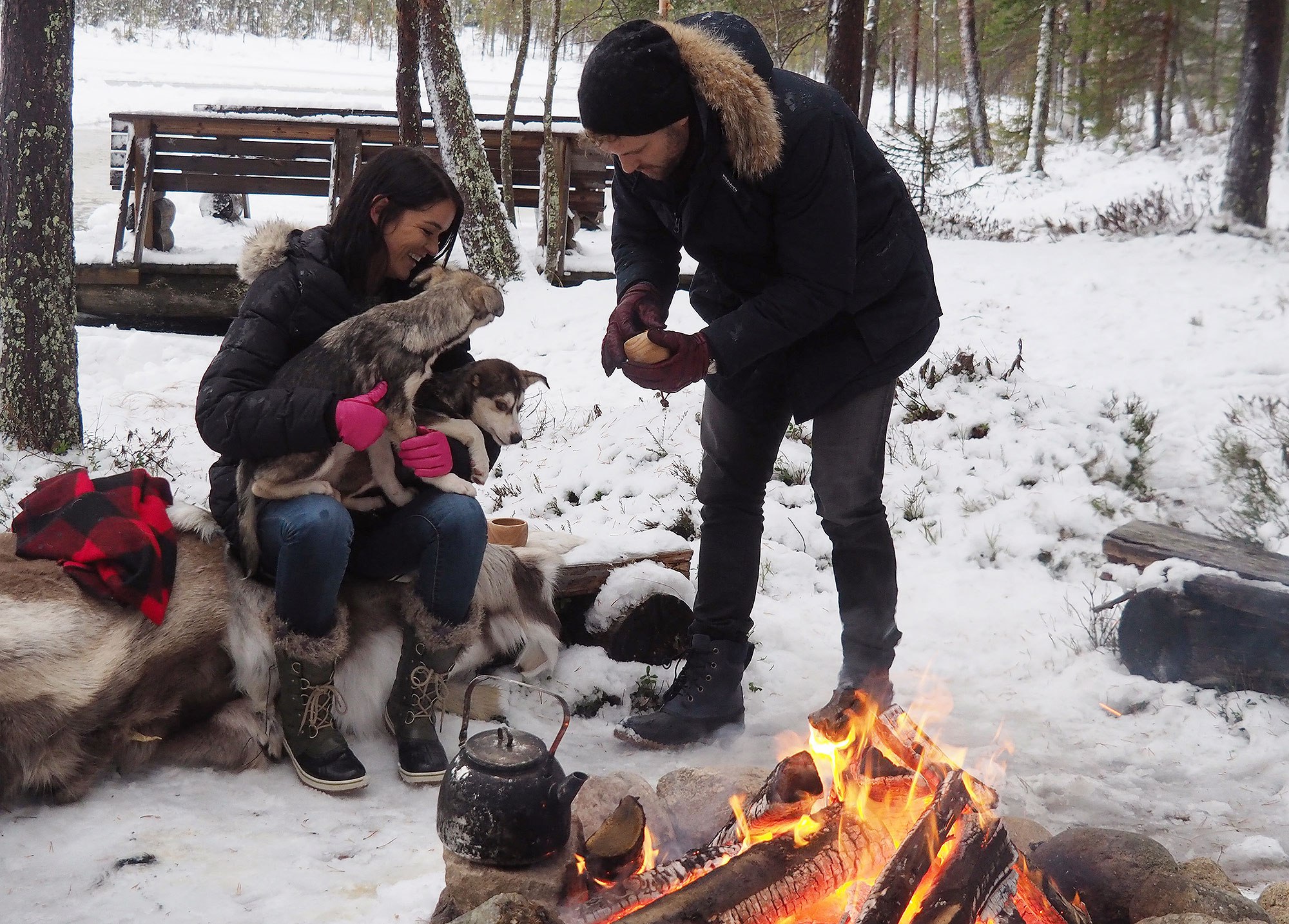 Yes, a week after Raven Gates, made Bachelor history by confessing to Nick on the night of their Fantasy Suite that her ex boyfriend never gave her an orgasm, Nick decided to let the sweet southern belle go–and it was heart-breaking!

First of all can we just talk about how adorable and lovable Raven is? I don’t know if poor Vanessa was getting a bad edit or what, but man, as gorgeous as Vanessa was, it was just exhausting watching her grill Nick about all of the future unknowns and hypothetical situations, and the fact that “another woman was still in the picture”….yes, Vanessa, there is “another woman” until the end!!

But Raven was just so easy—I don’t mean “easy”, you know what I mean…she was just ‘easy like Sunday mornin”’ easy.

So after one amazing night under the Northern lights, Nick and Raven go ice-skating on a frozen lake–which makes me nervous! The two lay down on the ice and all I could think of was “did ABC have engineers calculate the point load here???!”

Luckily the ice was capable of carrying the hefty load, but in the end poor Nick wasn’t.

At least the date allows Nick to once again show off his skate skills. For some reason Nick hands Raven two ADORABLE little puppies which I am pretty sure is the new consolation prize for the runner-up. I think it was an ingenious diversion to quell any serious conversation topics. The two then engage in a super cozy bonfire with their two little puppies.

But Nick ultimately has to make a final decision. And on the last day Nick stands next to a quaint little Finnish cabin, waiting for the runner-up and having a complete “melt”-down.

The landing gear touches down and we see that it’s Raven. Sigh. So sweet raven delivers a very sweet speech, but Nick can’t hide his tears.

Nick says, “I think about every moment that we’ve had and how much I’ve grown to care about you, respect you, and how much love I have for you. Thinking about it last night and this morning … I just don’t know if I’m in love. I know that my heart is somewhere else. I’m torn up inside letting you go. I feel like I’ve been so selfish trying to figure out where my heart is at. I’m sorry. All I could think about this morning, when I figured out where my heart was, was just how much I loved being next to you last night. It just made it that much harder and I’m torn up inside letting you go.”

And Raven was a class act to the very end…

“Well, I never regret standing here and telling you how I feel,” she replies.

And Raven if you are out there, I know things are tough new but you dodged a MAJOR bullet here. You won this thing. All of America loves you and is rooting for you and you don’t have to be engaged to Nick

Nick then laments, “As hard as it was to say goodbye to Raven, I don’t regret it because of how I feel about Vanessa. I’ve been falling in love with Vanessa for a really long time.” Yeah, we shall see.

Take heart Bachelor Nation, Raven will be back. How can ABC not ask her to star on Bachelor in Paradise this summer? There is someone much better out there for sweet Raven and if anyone can find that man, it’s Bachelor producers!!