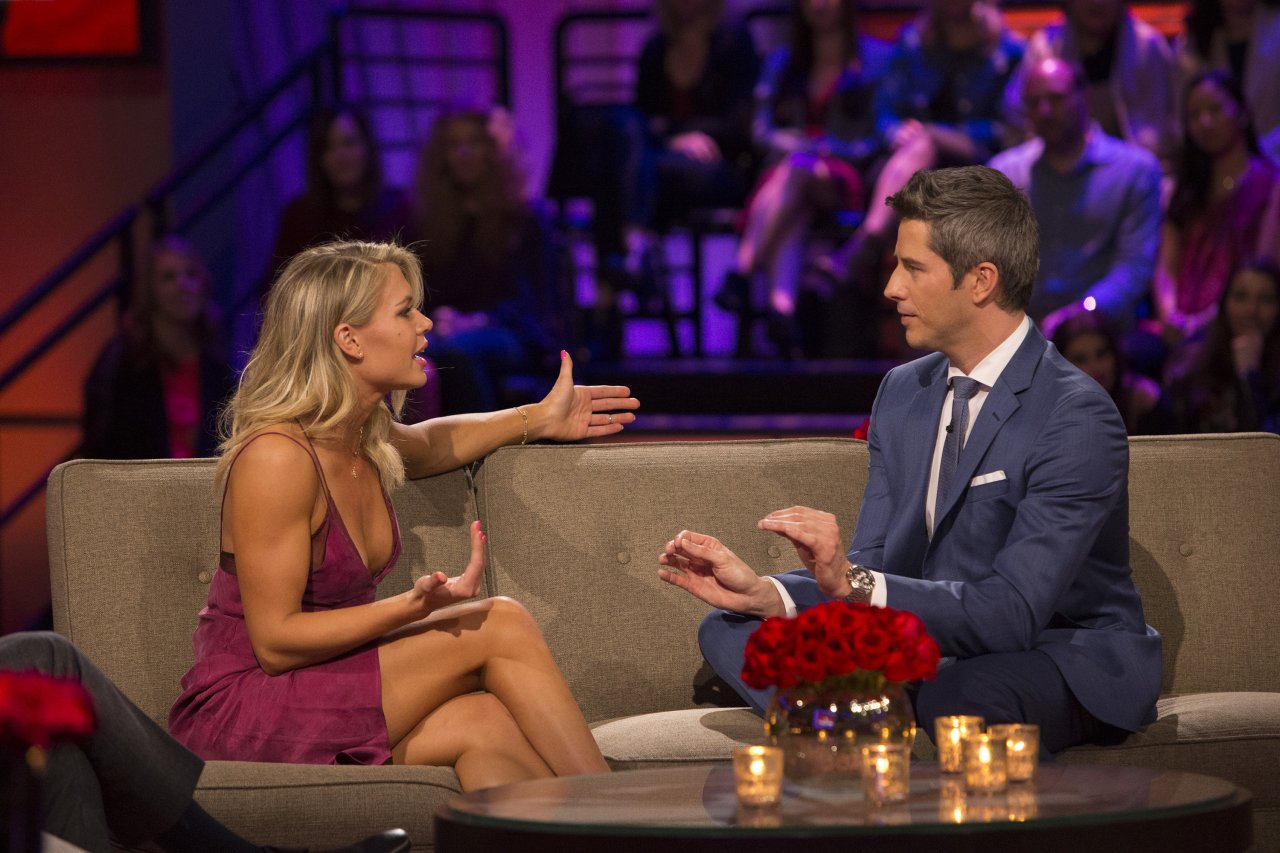 If there is one thing we have learned from The Bachelor it’s that the microphones are always on so be very careful what you say.

Tonight one of the best hot mic situations was exposed as contestant Krystal Nielson was shown in a hotel bathroom trashing Arie Luyendyk Jr. after the infamous bowling date situation.

Krystal is overheard saying Arie has a “needled–k” and using the c-word to describe the other women.

Later in the show Arie comes out to confront Krystal, Krystal tells him that she thought their goodbye was rather ‘cold’ on the show, but Arie interjects saying he felt it was “pretty appropriate”.

Arie also laments, “I stuck up for you this entire time, it’s just frustrating seeing that side of it,” he says.

Chris Harrison then has to bring up the pink elephant aka the “needle dick”. Unfortunately, Luyendyk had not seen the clip because he was backstage when it played–although I’m sure he heard about it!

And sadly despite the audience chanting “Play that clip!,” consummate professional Chris B Harrison decides to take the high road and end the segment.

So I guess there is no love loss there between Arie and Krystal despite all of the ‘color and texture” of their “relationship”.
It’s pretty hard to recover after a girl tells the world that you have a “needle dick”. Arie can not possibly be happy that Krystal trashed his manhood to the world (especially given it was already a sensitive topic after Tia Booth asked him in their intro if he had a ‘tiny wiener’!!!) so no shock he is throwing shade at Krystal on Twitter saying,

The only thing that kept me from expressing my thoughts on Krystal until now was a $5mil NDA and lots of wine. #glitter#WomenTellAll

The Bachelor finale airs Mar. 5 on ABC with Arie deciding between Kendall, Becca K. and Lauren B.. Host Chris Harrison promises it will be “unlike anything that’s ever happened on this show.”