Kaitlyn Dawn Bristowe was born June 19, 1985 to mother Leslie Hipkin and father Mike Bristowe in the tiny town of Leduc, Alberta.  The small town of Leduc is only 14.27 sq miles. It was first incorporated as a village in 1899, and became an official town in 1906, but it only became a city in 1983 when its population reached 12,000. … Read more 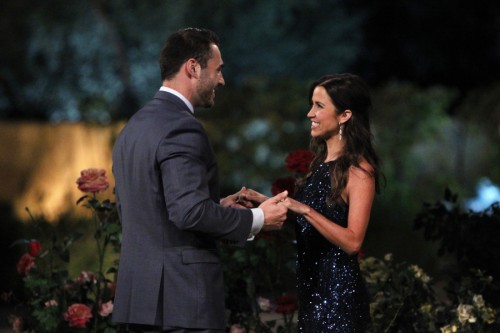 Monday night Bachelorette Kaitlyn Bristowe goes on a crazy 1 on 1 with 26-years-old contestant Ben Z. to some creepy warehouse in LA where she comes face to face with her fear of birds!—-that’s right—birds—note: when producers ask you about your biggest fear make something up like pizza. Anyway the date brings the two a lot … Read more

Bachelorette Kaitlyn Bristowe meets her suitors tonight and one of the young men — Ben Higgins, 27 asks her about her tattoos. The Vancouver, British Columbia dance instructor has 5 tattoos. So tonight when Ben H. gets some 1-on-1 time with Kaitlyn he asks her about her “bird tattoos” on the back of both her elbows. She tells … Read more