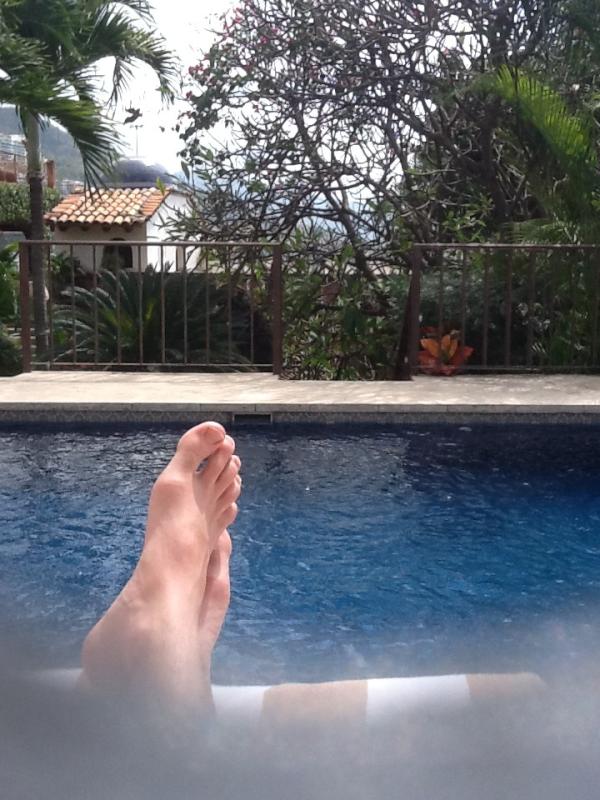 UPDATE: We have received an amazing citizen update from an eyewitness in Puerto Vallarta who spotted the couple. Our reader “Amiga,” who was on vacation in the town, claims they were there since last Wednesday!!!

From her comment below: “The tweets they sent the past few days were all to get people of track. Like Ben tweeting to meet his friend for Fro Yo in SF on Thurs? Not poSSIBLe if you are in Mexico!!! Very sneaky pair. But I love them!”

Apparently the new couple evaded the San Francisco-based paparazzi this past weekend and headed to Puerto Vallarta! Courtney was definitely with Ben for the weekend because on Friday morning she posted: “Heading out to SF! Have an awesome weekend everyone! oxox”on her Facebook page.

Then, on Saturday night, she followed up with a new post…. “Aruba..Jamaica..Ooo I wanna take you Bermuda Bahama come on pretty mama…” to further evade paparazzi. (Don’t you love all this internet stalking?!?)

Seems like the two are still relishing in their reality fame a bit and engaging in a game of “trick or tweet”. Saturday morning, Ben tweeted a photo of their location with no indication of specifics. And Sunday night giving up the location…Puerto Vallarta, Mexico. (I wonder if there was any midnight skinny-dipping??).

Apparently Reality Steve knew the location which backs my theory that the “mole” RS knows in The Bachelor production crew is someone in the airline industry since airline tickets require full names.

Well, the couple has now lasted 2 full weeks since the finale of Season 16 aired — longer than most people expected. We look forward to more updates from Facebook and the Twitter-verse!

3 thoughts on “Ben Flajnik and Courtney Robertson: “Back from Puerto Vallarta!””