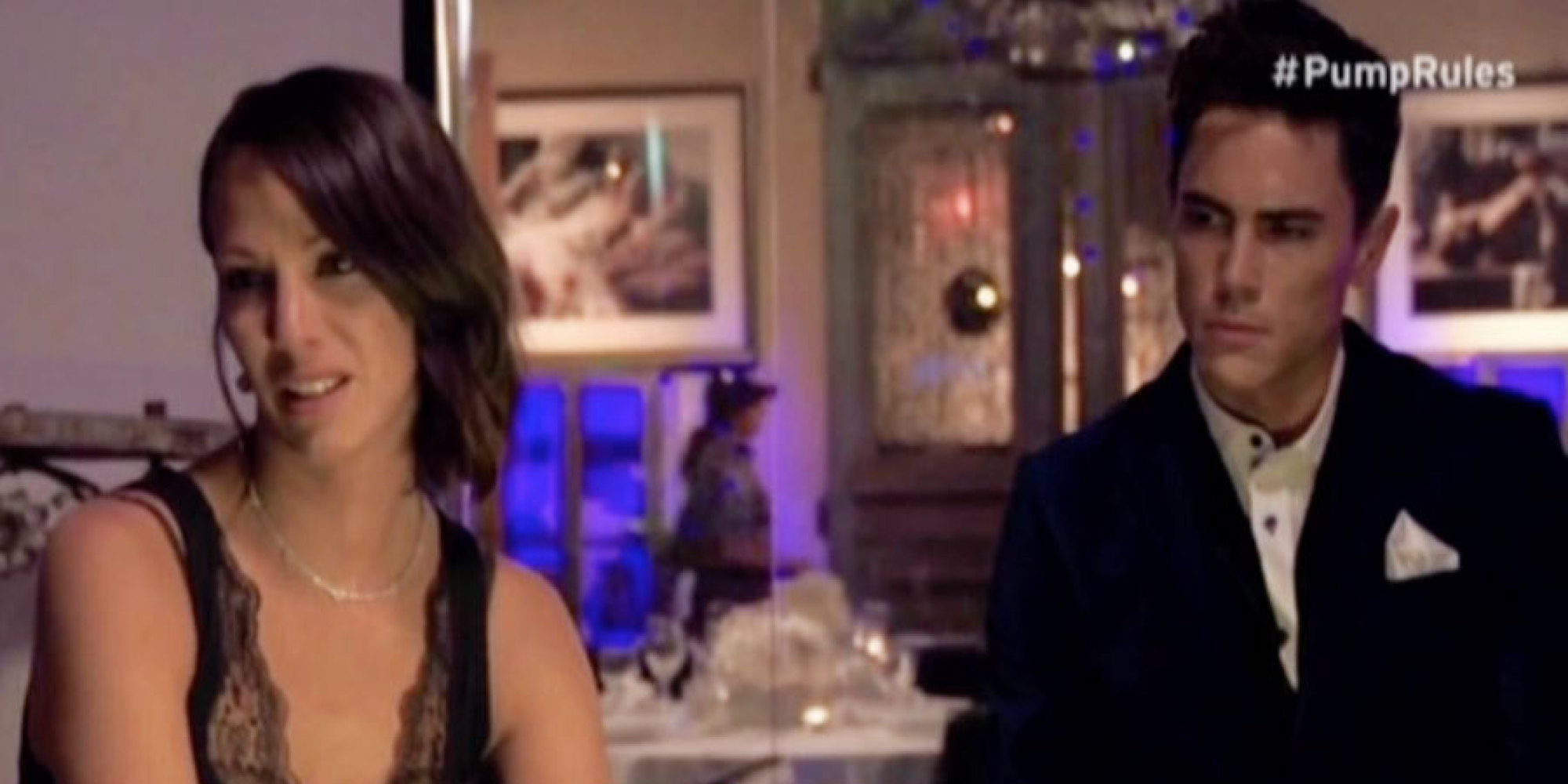 The Vanderpump Rules reunion aired last Monday to record ratings. Everyone has been glued to their seats wondering what the status of Tom and Kristen’s relationship is.

Kristen Doute clearly still had feelings for ex-boyfriend Tom Sandoval on the reunion. She even walked off when Tom referred to his new girlfriend Ariana as “so hot”…at least he said the way she handled the Kristen situation was “so hot”.

Kristen bragged about banging Tom’s close friend James Kennedy, but she was clearly upset by his new relationship with co-worker Ariana. In fact she even appeared a little flirtatios with Tom saying he was a “good lay”.

So everyone is curious about the CURRENT status of this relationship because it changes by the minute.

In Kristen’s Bravo Blog written on Valentine’s day (oh the irony) she spells it out. Here is an excerpt.

This Reunion was like the end to an era for our group. One year ago, I never would have pictured my life the way that it is now.

In mid-November, Tom had gone out with friends one night and didn’t come home. After waking up several times throughout the night/morning, he suddenly appeared in bed around 10 am. After finding a photo booth strip on our living room floor of he and Ariana, I went through his phone (not proud) and found all of the evidence that I needed to prove that he was at her house around 7 am. I asked him simply what he did the night before, why he didn’t come home, and if he was with Ariana. As you can imagine, he lied. He claimed he did not see her and was at Scheana’s all night. Why lie if there is nothing to lie about? My heart sunk. After a lot of tears and some arguing, he finally admitted the truth and that they had once again “kissed.” Now that time has passed, the details of their affair aren’t as important, but I know in my gut that it was more than a kiss.

As I said at the Reunion, the only thing I can thank Tom for is leaving. Out of sight, out of mind was really the only way that I would be able to start becoming independent and be strong enough to be without him.

So there you have it. It is OVA!!! At least for today. Check in again tomorrow 🙂