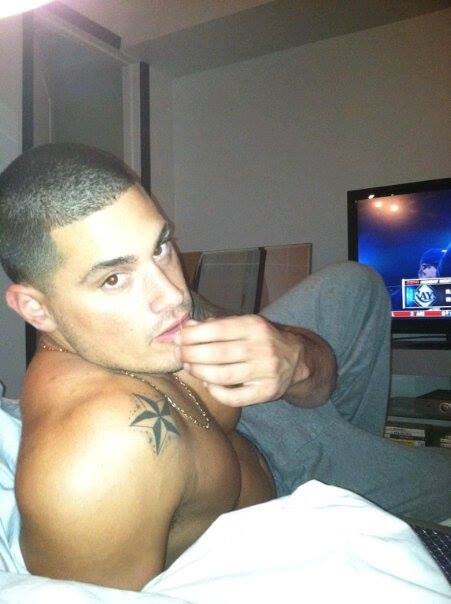 Who is Married at First Sight’s Ryan De Nino?

Ryan De Nino is one of the six stars of Married at First Sight. He is the 29-year-old Business owner from Staten Island, New York—born Oct 24th, 1985 so he is a Scorpio–aka a handful.

Ryan is Jewish and he is of Russian descent and you probably have heard of him by now because he is in a bit of trouble. Ryan was married to Jessica Castro but she just filed restraining order against Ryan for alleged threats that he made over a hot mic on the show’s Reunion.

So who is Ryan? Were there clues?

He was listed as a ‘Business owner’. The rather ambiguous job title immediately set off alarm bells for me especially when the two went apartment hunting and Ryan had no problem paying $4,000 a month in rent. With that kind of cash to throw away on an apartment I would have thought there would be a bit more pomp and circumstance surrounding his job title. My immediate gut reaction was “he’s a drug dealer”, and maybe something as benign as marijuana but something that paid a lot and paid him cash.

And Ryan’s response to the restraining order:

WHAAAAAT???! He is suggesting that Jessica “deserved” these threats and “Checkmate”??? Really? Why is he acting like this is a game? That sort of bizarre manic narcissism in the face of something as serious as a death threat doesn’t add up, unless you are Bipolar or you are on cocaine.

Another clue is his name. He goes by his step-father’s name ‘De Nino’, but his real last name is ‘Oehl’ so was he hiding something?

BTW if you look up Ryan Oehl you find that he was a sales director for EPAY Systems.

He grew up in Brooklyn with his mother, sister and grandparents and then moved to New Jersey with his family and step-father. So where was his real father in all of this? Ryan supposedly only speaks with him on occasion so I am guessing there is some serious deep-seated anger there.
At the age of 21, he moved back to Brooklyn. Ryan talks about his grandparents a lot and how close he was with both of them. The two recently passed away—again perhaps Ryan is experiencing some pain that is manifesting as rage.
As far as his history with girlfriends goes– Ryan has been in long-term relationships and prior to filming the show had been single for a year after he and his girlfriend of five years broke up. Was this the girl Ryan received a Valentine’s Day card from?
Initially Jessica said “divorce” was not an option, but I think she has changed her tune.
Photo Source: Facebook

2 thoughts on “Who is Married at First Sight’s Ryan De Nino?”