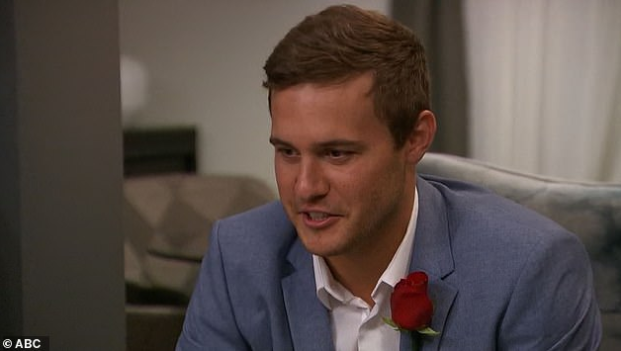 Right after word came out that Bachelorette contestant Jed Wyatt supposedly had a girlfriend just prior to leaving for the show, word has come out that 27-year-old Pilot Peter Weber was also allegedly dating someone when he went on the show.

“Perfect Peter” supposedly had a girlfriend named “Calee” (UPDATE 7 15: ex, model Calee Lutes) prior to going on the show per Reality Steve and dumped her via text message.

“This was someone who went over the timeline of her relationship with Peter with me that definitely coincided with when he found out he was on the show. And this wasn’t casual either. I don’t think taking someone to Switzerland in November (which I have pictures of) then dumping her a few weeks later out of the blue (which I have the texts of) is the greatest look. But she doesn’t want it out there any more, she has just started seeing someone new.”

Additionally, according to Jess (@j_may13), Peter was “begging her to move in with him!”

“He was dating my friend Calee [for] over a year and literally ghosted her to go be on this show, so he’s literally the worst.”

Yikes! Hannah B. better get to the bottom of this since Hometown Dates are just around the corner!

Last night things got hot and heavy between the Bachelorette and the adorable pilot.

“With Peter and I, it’s just so sexually driven,” …. “Our physical connection is a 10 out of 10.” Perhaps the secret girlfriend back at his home in Westlake, California explains why he has had such a “hard time opening up” since his “last serious relationship”. 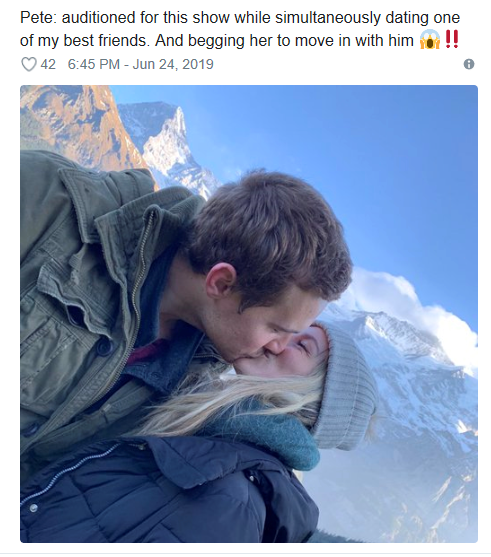 Maybe because his “last serious relationship” which he also deemed his “biggest form of heartbreak” ended via text a few weeks ago?

Regardless, Peter still told Hannah “I really am falling for you”.

Hopefully we will be hearing more from “Calee”!