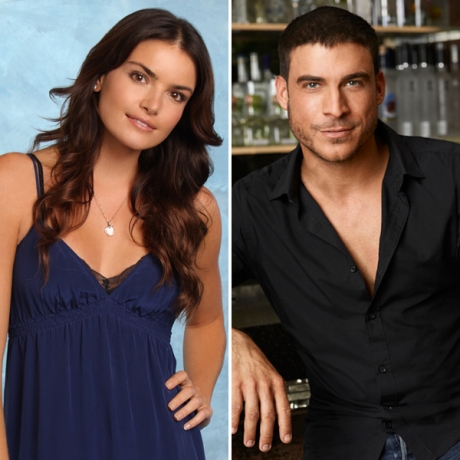 How in the world did we miss this situation?! Bachelor villain Courtney Robertson dated Vanderpump Rules’ star Jax Taylor!

Courtney was one of our favorite Bachelor stars ever…potentially a case of  Borderline Personality Disorder combined with an inability to keep her clothes on made her one of the most fascinating situations in Bachelor history—and perhaps the history of all reality television! We cringed as Bachelor Ben Flajnik chose this controversial amazing lady in the 2012 season of The Bachelor.

Courtney ended her engagement to Bachelor Ben Flajnik in October of the same year.

Shortly after the reality siren was caught kissing runner-up Arie Luyendyk Jr. a week after Courtney ended her engagement to Ben!

And Jax! We knew he has slept with celebrities, p0rn stars, dancers and countless women around Hollywood–I mean he did have sex with Laura Leigh in the SUR bathroom! But we did not know one of the many women he hooked up with was Courtney Robertson!

So I admit we are a bit behind on this, but we still need to discuss this MEGA 5 clasped-hand situation!

“I dated her. We still talk,” he told Life & Style at the Bravo Upfronts in NYC on April 3. “I actually haven’t seen her in a while, but I’ve been trying to get in touch with her to grab drinks with her and her friends. We’re with the same modeling agency so we have a lot of friends in common.”