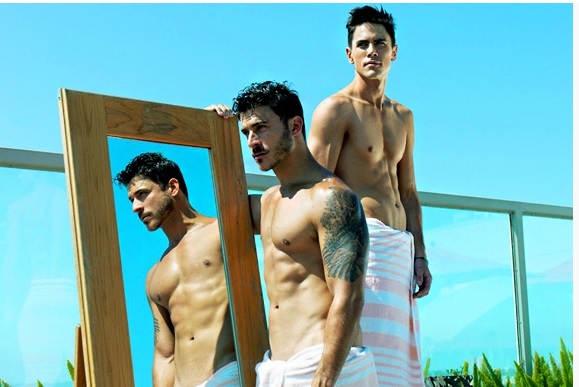 We know that the crew from Vanderpump Rules likes to party hard but we didn’t know THIS hard.  Star Jax Taylor, 34 just broke up with new girlfriend, 23-year-old model Carmen Dickman and Tom Sandoval, 31 just broke up with his longtime girlfriend Kristen Doute and they did not waste any time drowning their sorrows in some drugs and sex March 9th in Miami.

A source from Star magazine has come forward with some shocking claims about partying with the boys at a Miami resort with drugs like cocaine and Molly, sans both their girlfriends–and when we say ‘girlfriends’ we mean Ariana Madix and Jax Taylor’s girlfriend Carmen Dickman (I know we practically need a flow chart for the relationships).
But at least the two foes appear to have rectified their fractured friendship by hooking up with the same women and partying together in Miami.

“We didn’t know who they were, but they said they were there to do appearances.”

“In the first five minutes of meeting Jax, he told us that the was coked up out of his mind and wads freaking out about how he needs to find coke!”

The crew then headed up to the hotel suite of Taylor, 34, and Sandoval, 31 and had a sushi dinner together.

“Then I looked at the floor, and there was a bag with four Mollies that he’d dropped. And I said, ‘Oh my god, you dropped your Mollies.’”

She also claims that the four of them partied together at SET nightclub that night after a stop at the Shore Club. And then Kunkel and Sandoval ended up back in the boy’s room and allegedly had sex in their hotel room for a reported whopping 3 seconds–Go Tom!

“We started making out, and he kept trying to put his hand down my pants, but I told him I didn’t want to have sex because I had my period. He didn’t believe me and told me to prove it,” Kunkel said.

“It was a whole 180-degree personality change. He flipped out and had this crazy, scary look in his eyes. But then he said he didn’t care and we went back to his bedroom and had sex. It literally lasted for like three seconds, so I was just like, ‘Thank god.’ It was just one of those situations where I didn’t know what to do, and I was just so freaked out.”

We reported that Jax broke up with Carmen Dickman on March 23rd via Twitter a few days after the alleged events occurred.

“I can only imagine how Ariana feels, because she’s with this guy and thinks he’s so sweet,” Kunkel said.

This of course begs the question…

Are Tom and Ariana still together?

Well, who knows now BUT they did take a photo together on March 14 a few days after the event. (Yes they are very much together).

Yikes, this is a mega situation. We will keep you posted!

BTW at this time Jax was dating Carmen Dickman. He got back together with ex Tiffany Matthews a few days later!