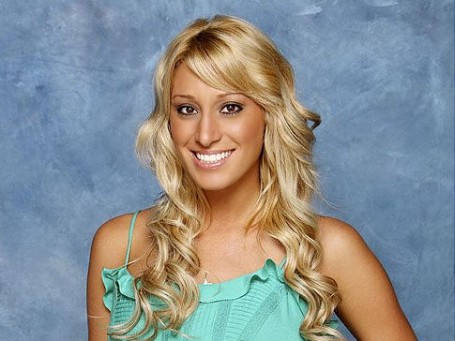 The 25-year-old Bachelor favorite Vienna can’t seem to stay out of the headlines. Hollywood loves her so much they found her and boyfriend Kasey Kahl a new reality show, Relationship Rehab!! We met the pair back in September of 2011 and everything seemed just fine at the Blended Industries opening in La Jolla. And I have to say we were surprised at how friendly the two actually were after seeing all the drama and back-stabbing that went down on Bachelor Pad 2. Both Kasey and Vienna took time to have a real conversation with us about real situations. And I have to say I didn’t find Vienna to be the vapid fame-whore that the media had portrayed her to be. I actually found her to be charming and quite intelligent. She was quite tuned in to the situations happening around the globe and eager to discuss them. They also indulged our need for photos!!!

So we were a bit shocked to hear the new drama being reported from the set of their show. OK, I shouldn’t say shocked, I should say impressed!!! Impressed that this couple can consistently just “bring it”!

So supposedly the two ended their relationship shortly after the Pad in November and she moved back to the peanut farm her parents own in Geneva, Florida. The peanut farm was the scene of the slightly creepy hometown date with Jake Pavelka and Vienna’s overly protective, perhaps overly affectionate father.

But apparently SINCE then….as in a month ago, the two patched things up and joined the cast of Relationship Rehab! TMZ reports former “Bachelor” winner Vienna Girardi ripped off her mic and stormed off the set of “Relationship Rehab” …after show producers confronted her with an ex-boyfriend.

Vienna and boyfriend Kasey Kahl were hammering out their issues on the show — but during a routine sit-down, sources close to production tell us, producers blindsided her … bringing out Vienna’s previous ex … Lee Smith.

According to sources, Vienna had an emotional breakdown and walked off the show — screaming at producers that she “hates” them. She hasn’t been back since and the show has finished shooting.

It’s unclear if she violated her contract by ditching the show early.

So, the producers had to scramble to produce another ex-boyfriend: Lee Smith. Remember Lee was the boyfriend that made headlines because Vienna allegedly flirted with him while engaged to Jake Pavelka. It’s hard to keep up I know, but certainly this will make for another brilliant reality TV series. I love that the producers had a “back-up” boyfriend in tow for Relationship Rehab. This should certainly end up being an amazing situation!