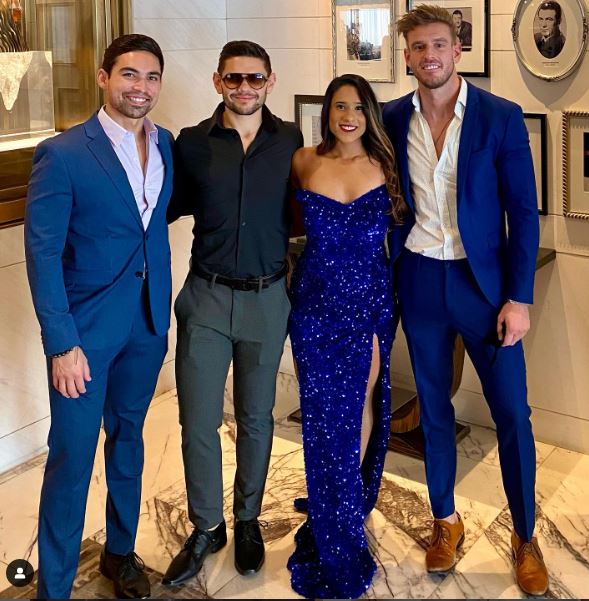 The Love is Blind season 2 reunion that aired tonight was epic! There were so many situations that were addressed and the biggest may have been the situation with Deepti Vempati. Deepti spent her journey with fellow Indian Abhishek Chatterjee a.k.a. ‘Shake‘.

Shake slowly became the most hated man in America after constantly announcing that he was not remotely physically attracted to Deeps.

Luckily Deepti turned Shake down on their planned wedding day, and now she knows she made the right decision.

“I definitely heard from the girls and Shayne and Jarett; they all warned me that this is not a person you should marry because he’s talking about you this way behind your back,” ….. “I didn’t know the extent of how he was talking about me.”

Deeps seemed very relaxed about the situation and laughed off Shake’s bizarre diatribes on the reunion. But one thing to emerge was when construction worker Kyle Abrams who was brutally rejected by Shaina Hurley said his “biggest regret” was not asking Deepti to marry him.

“The biggest regret is I should have asked Deepti to marry me,” he said. “That’s what I learned the most. I f—– up.”

Speaking directly to Deepti, Kyle added: “I should have tried harder for you.”

After Shake said he’d “love” for them to get together, Kyle said it “pisses” him off that Shake “wasted such a good opportunity.”

So fear not LIB fans, Deepti may have a happy ending afterall!

And this TikTok video showing the two together….

The reunion covered other drama: like the Natalie and Shayne breakup, Shayne and Shaina possibly dating, Mallory and Sal continued to see each other but evidently Mallory did something to betray Sal which he chose to keep a secret on the reunion. Iyanna and Jarrette stayed together although they admit the road has been bumpy and Nick and Danielle have stayed together despite Nick being obviously gay. More to come.

Note: What is never discussed on the show is that there were 2 couples who also found love in the pods, but were not featured on the show. Joey Miller and Caitlin McKee and Flight attendant Jason Beaumont and Kara William. More on that later.

Are Love is Blind Shayne and Shaina dating

4 thoughts on “Are Love is Blind season 2 Deepti Vempati and Kyle Abrams dating?”