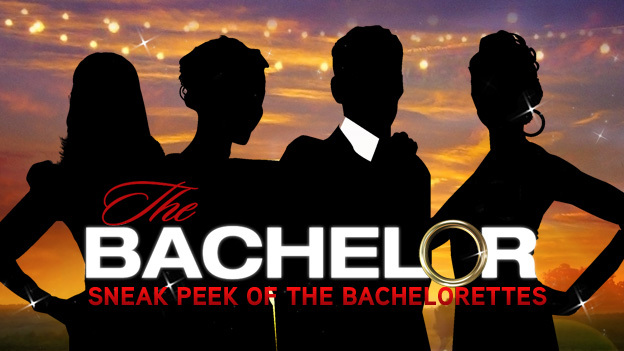 We here at Ok! Here is the Situation get a bit of seasonal depression from about mid-September all the way through the holidays because……well, because there’s no Bachelor-related TV to kick off our weeks! But, that does give us some extra time to do unhealthy amounts of Internet research on the cast of characters we will be set to see on Sean Lowe’s season of The Bachelor in January. And, since ABC just announced his 25 ladies (well, they officially announced only 24 of them, but the Interwebs have already spoiled mystery lady #25, as well as a mystery lady #26 — details below), here is our list of the ladies, along with some “first impression” thoughts. And, if you click some of their names, you’ll be taken to individual bio pages for each of the ladies that will include as much information as we can muster! **work in progress!** I’m getting a good vibe from Amanda overall. Her answers to ABC’s Qs were actually pretty intelligent, considering. But, the chunky-necklace-with-flannel-shirt combo is a bit of a fashion stretch, even for me.

Something about her reminds me of Jackie Gordon from Brad Womack’s second season. She just looks fairly down-to-earth, nice and normal. Which…..may or may not bode well for her in a mansion filled with what looks to be a lot of what I’ll call “fake-y fakertons” and personal trainer types. Man, it’s hard to get a good sense of the fashion choices from these shoulders-and-up shots. I guess I’m going to have to really pay attention to faces and hair….

Ashlee gets a strike against her for the double-e at the end of her name and for her streaky highlights, but, otherwise, she seems OK. A bit boring, but OK. What a glowing endorsement! haha. Also, her ABC answer stating it could easily take her 3 hours to get ready to go out for a night on the town = SCARY. I guess some guys don’t mind this, though. I mean, they must not, because a lot of guys seem to date the it-takes-me-3-hours-to-leave-the-house-type girls. I find it unfathomable. But, then again, I own a pair of Oliver Twist-styled pleated sweatpants, so what do I know…. Ok, I’m just now realizing that we have THREE Ashleys on this season! And, for some reason, because Ashlee-with-two-Es is spelled differently, I guess ABC isn’t going to use the first initial of her last name? But, unless it’s pronounced differently, this could make for some fun and confusing rose ceremonies! Yes! Holy, hair! Now that is a serious MANE, especially on such a petite frame. And, that is a serious off-the-Marshalls-rack necklace! Also, I’m blinking my eyes here, but she seems to be a “woman of color,” which means she’ll be gone by Night 2, since this is The Bachelor after all.

Also of note: Per her ABC answers, she likes using semi-colons…and not entirely correctly. Brooke gets the same “Gone by Night 2” call Ashley H (not that Ashley H) got above. Otherwise, other than her looooooooooong extendo earrings, she looks pretty normal and nice and sweet. This girl has some SASS. You can just see the sass oozing from this energetic head shot pose with the lean-back and the wild shirt. I don’t see her making it very far with Sean, but I bet she’ll be one of the firecrackers in the house. Can’t you just SEE the drama? Daniella looks kind of coy and mysterious in this photo, which means I’m thinking she might go fairly far. I’m giving Daniella “Top 4” status. Also, there’s nothing really alarming going on with her hair or with her fashion (from what I can see). Apparently this is the season of the TANK TOP in the ABC head shots. I’m not into the indecision going on with Desiree’s bangs, but otherwise she looks pretty normal and harmless. God, this batch of girls are kind of boring for us bloggers so far! When you look at our website’s analytics, it’s amazing to see how many people are searching for information using the keywords “jef holm hair.” I mean, what is up with this fascination with Jef’s hair?!?! And now, we have his hair stylist joining the cast of Sean Lowe’s season? I guess ABC knows how to give the fans what they want, and that is more intel on Jef Holm’s hair apparently! So, that’s all I really have to say about Diana. I just hope she talks a lot about Jef and Jef’s hair. ABC hasn’t posted the ages of the girls on their gallery yet, but Jackie is looking like she might be one of the older contestants. And she likes to talk about her Mom a lot. And, yep, it’s another TANK TOP!

Note: Oddly enough, and these picks were all done separately, C Lo *and* my husband picked Jackie as one of their Top 4, so….I guess there’s  a diverse and healthy difference of opinion going on here. Yes! It’s the Noxzema girl! Sean’s going to be so excited! Another tank top. Another crazy hair dye job. This girl looks overly processed and fake-y, like Emily Maynard, but doesn’t have the je ne said quois that Emily has. Instead, she just kinda of scares me. (Note: I scare easily.)

Note: C Lo has Kelly in her Top 4. As an aside, I *almost* put Kelly in my Top 4, for what it’s worth. She still scares me. But, she looks like the type of girl that might win the Bachelor nonetheless. Ok, Kariann looks like the girl that will seem normal in the limo ride over on Night One, but will end up being kind of catty and weird during the cocktail party….and then won’t get a rose. Oh, and TANK TOP! Holy wow that is an impressively shiny, white grill. She looks like she might eat me….and Sean. Eh. Yawn. And, tank top! Nothing really exciting going on here. And, she looks a bit old for The Bachelor. Awww…Lauren looks so cute! I’m putting her in my Top 4 pool. She looks sweet, normal and not overly processed. WIN! Nope. She looks like a BUNDLE! And, the collared tank top is one of the worst shirt style ideas of all time. It’s like you’re trying to make a casual look more formal. Oh wait, this is reminding me of my pleated sweatpants, once again. Ok, so I’m no fashion plate myself. 🙂 A THIRD woman of color?!?! Wow, ABC must be really worried about that diversity lawsuit. Top 4 material. You heard it here first. She just looks so girl-next-door-y, which is great for Sean.

Note: My husband *and* Bachelor Ben Flajnik (via a Tweet) also have Lindsay as one of their Top Picks. Wait. Hold the phone. A FOURTH woman of color?!?! Wow! Go, ABC! Maybe you can break free from your stereotypical all-white-casting mold!!

Robyn is wearing a tank top. But, this tank top is looking fairly athletic and she’s looking fairly fit and healthy. ABC is withholding ages and job titles at this point, but I’m going to guess: Personal Trainer.

Loving this answer too: What is the most outrageous thing you have ever done? Going on a stake out to stalk my friend’s ex-boyfriend. Now this is an interesting tank top choice. It’s almost as if there’s a ring of hardcore chain mail-like armor circling the neck. Selma is Ok. But, I’m going to bet Sean likes the blondes, so I don’t see her going very far. Yet another girl in a tank top with a serious head of hair!

Also, she has bad taste in music.

Note: Selma is my husband’s final pick to round out his Top 4. Hmm….I think she’s my last Top 4 pick. She doesn’t look scary. She just looks nice and blonde and unassuming. And she’s NOT wearing a tank top!

She’s also wearing a crucifix, and we all know Sean, at the end of the day, wants to give his final rose to JC, so he’ll love this! Tierra will be booted night one. She looks like a hyper pharmaceutical sales rep. I just don’t see it!

Per legal wire-tapping intel via Reality Steve, the following two familiar faces will also be competing for Sean Lowe’s heart, making the total number of amazing ladies vying for Sean TWENTY-SIX! Hopefully the extra one-lady odds will pay off for Sean. We want him to decide who he wants to spend THE REST OF HIS LIFE with in a mere 9 weeks!! Yes! This is a really odd casting choice for Sean. I know a lot of Bachelor fans think Kacie B and Sean would make a cute couple, and I don’t disagree. But, considering she was at the same charity event where Sean hooked up with Jenna Burke, one would have to assume the chemistry already just isn’t there between these two. Not sure why she’s even doing the show, actually. It’s kind of weird to have been passed over already at a hang out….and then decide to pursue the Bachelor. The newest amazing lady to join the cast….

We know Sean is dating 25 amazing ladies but we also know the real final rose will go to JC so we thought he deserved an amazing lady page this season.